A look at the old Moroccan Adventure Golf course at Pleasure Land in Southport. 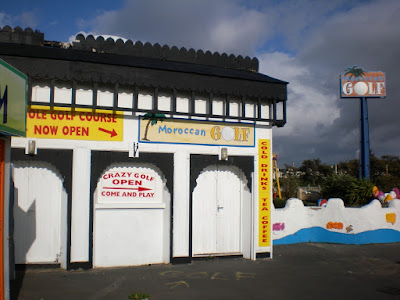 Back in September 2009 we visited Southport for the first time. It was the last Friday of the summer season but Pleasure Land had closed down so we weren't able to play the Moroccan-themed Adventure Golf layout. 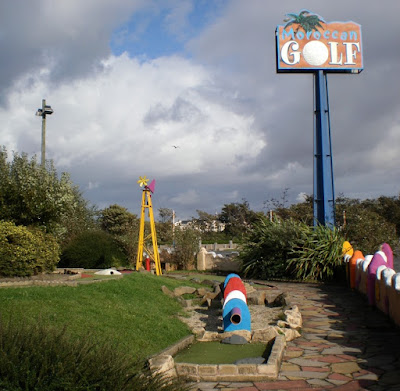 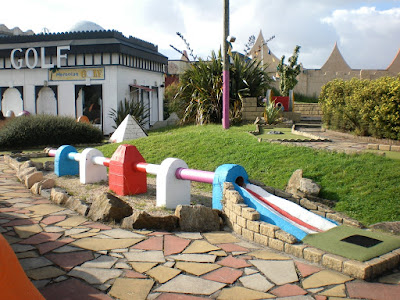 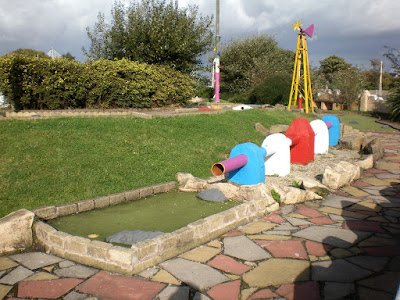 It's one of my favourite lost minigolf courses as it had a theme we hadn't seen before and haven't seen since. 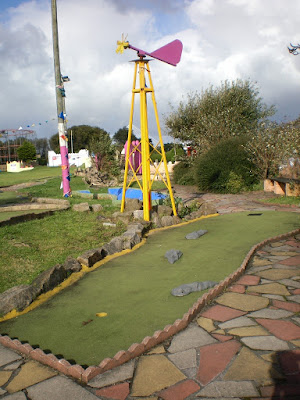 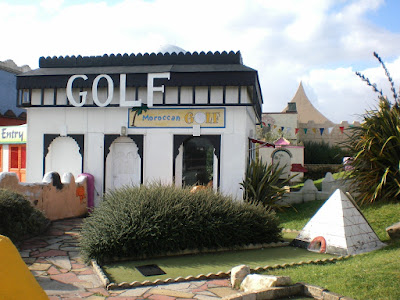 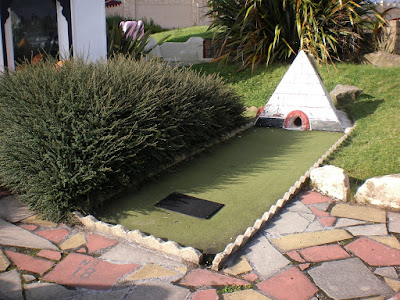 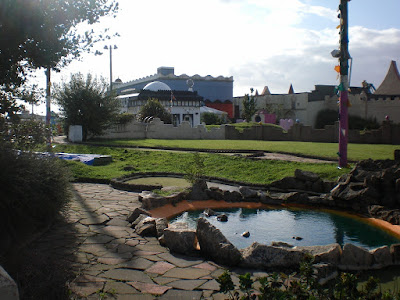 We returned to Southport Pleasureland when we moved north in 2016. On that trip in October we were please to see the park open and thriving. It had also declared itself the 'Happy Halloween Capital of the UK'. A title it truly deserved.

Unfortunately since our previous visit the Moroccan Adventure Golf course had been removed as the park had received an extensive refurbishment. The area that was once home to the minigolf course had become a pathway.

Late last year the owners of Southport Pleasureland announced that a new year-round Dinosaur Adventure Golf course was planned to open at the theme park. Fingers crossed that will still go ahead.

We're looking forward to returning to Southport when trips to the seaside are once again allowed post-lockdown.
Posted by Richard Gottfried at Tuesday, May 05, 2020