It's been 102 years since the 24 cent US postage stamp, known as the Inverted Jenny, was issued.


The stamp is the most famous error in US stamps and only 100 of the inverted stamps were ever found.


It's my favourite stamp. Probably because it appeared in the 80's classic film Brewster's Millions.

I was lucky to receive two examples of the stamp's re-issue, in $2 form, in some post I received from the USA a few years ago. 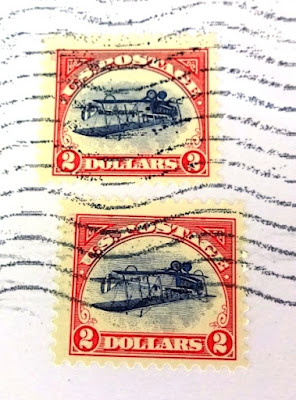