A holiday at Barry Island

A holiday at Barry Island, Wales.

My family used to go on holiday to Barry Island in the late 80's and 90's and loved it there. The holiday camp was absolutely marvellous, with everything from swimming to Crazy Golf, to snooker and darts, to the fun fair and more - all free of charge once you had checked in.


My brothers and I would spend hours going from one activity to another and then spend the evening in the arcades on the camp and on the seafront playing games such as Blasteroids, Xybots, Double Dragon and Wardner. Halcyon days.

We were lucky that on our first few holidays there we were able to ride the chair lifts too as they were removed in 1989.


I recently had my family's cinefilm footage digitised and it was wonderful to see there was film from our holiday to the camp in 1989.


Old postcards of the camp

Barry Island holiday camp opened as a Butlin's site in 1966. In 1986 the camp on Nell's Point closed as a Butlin's and re-opened the next year under the new ownership of Majestic Holidays.

I've only got a couple of postcards of the camp, but I always keep my eyes peeled for more.


The final season for the camp came in 1996 and it was eventually demolished to make way for housing.

I returned to Barry Island for only the third time since the 1990's while heading home from a weekend in Aberavon last year.


I first went back to the town in 2009 during our road-trip around the Welsh coast and then swung by the following year for a brief visit while visiting friends nearby.


It was nice that Barry Island was still recognisable from my time there 30 years ago, even though the holiday camp has been knocked down to make way for housing and a public car park.


Walking up through the old gates at the entrance to the holiday camp brought back so many memories and I could still picture the swimming pool to the left, the main building and walkway/arcade ahead of me and the chalets to the right.

A look at the seafront

As a big fan of the British seaside and traditional holiday entertainment I was pleased to find a Barry Island Resort 1995 Information & Entertainment Guide while sorting through some paperwork at home. 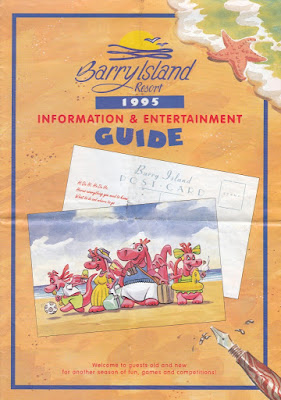 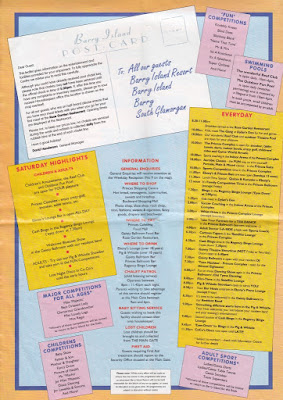 Check out the six-page Barry Island Resort 1995 Information & Entertainment Guide. As a former holidaymaker at the camp, fan of the British seaside, postcard collector and marketer it makes for interesting reading - especially some of the adverts! 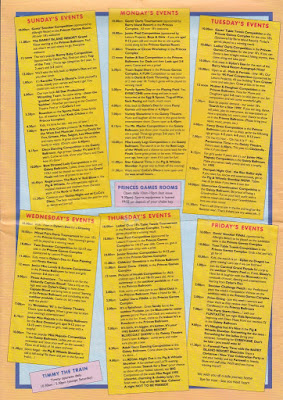 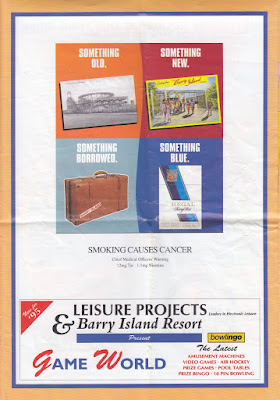 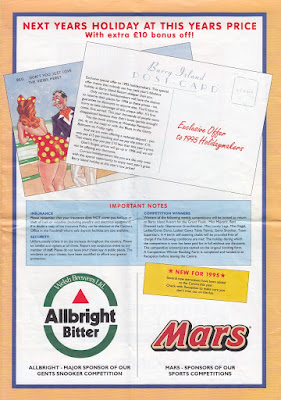 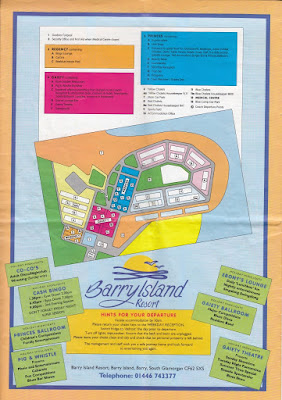 Looking at the postcards I've collected of Barry Island I noticed all of them were sent in August during the peak summer season.


The oldest card I have of Barry Island is also one of the oldest postcards I have. It shows the Figure 8 Railway and was posted on the 24th August 1915. I bought it at the North Wales Postcard Club Fair in Llandudno a couple of years ago and it only cost me ten pence!