Miniature Golf Putting at Weston-Super-Mare, plus a Miniature Railway!

On Sunday 17th July 2011 we headed to Weston-Super-Mare and the first Miniature Golf course we played was the Putting at Beach Lawns. The course is also home to a Miniature Railway! 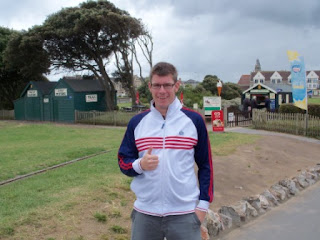 The course was very well maintained and excellently marked out ready for our game. 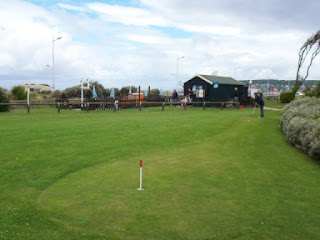 In our Irregular Mini Golf Tour Match-up I defeated Emily by one-shot, scoring a 50, to her 51. 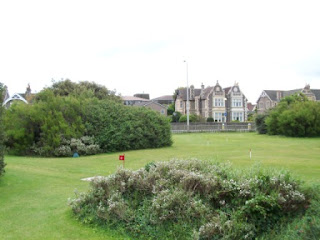 The course became the 259th Miniature Golf course played on our Crazy World of Minigolf Tour, and it was the first course played as part of the day-long tournament between me and Emily for the 2011 Weston-Super-Mare Pennant. 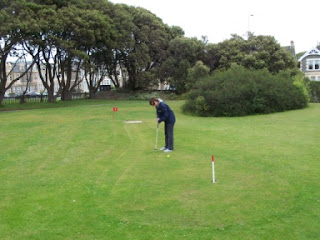 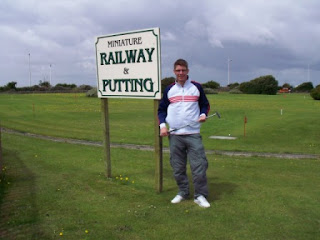 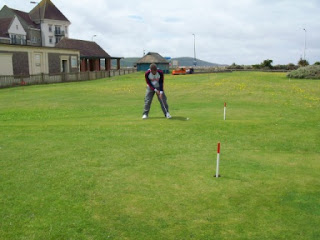 The course had some really great touches, including its own Railway Station! 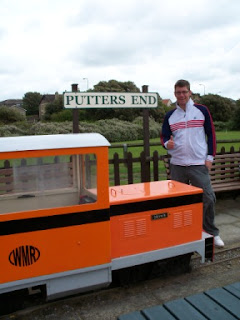 And the Putters Junction Signal Box. 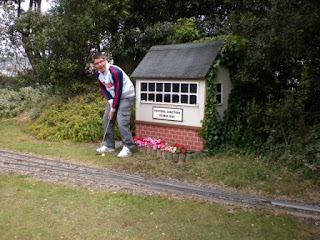 And if I had been smaller I could have driven my own Tram! 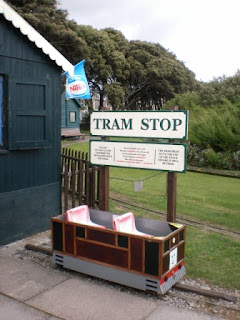 All in all a great stop-off on the Crazy World of Minigolf Tour.
Posted by Richard Gottfried at Wednesday, July 27, 2011

Unfortunately the rail way is not there anymore. Im not entirely sure about the mini golf course!

I believe that a new Adventure Golf course is being built on the site...

The countdown is on until Weston-Super-Mare's newest minigolf course opens.

Fellow Minigolfer Paul Godding spotted the new Pirate Adventureland website has gone live and the Adventure Golf course will be opening in Spring 2015.

Update: I've heard through the grapevine that this grass Putting course has reopened! It's now called 'The Putting Shed'.