Emily wins a Doritos Dip Desperado Challenge at an Asda in Watford!

Prior to visiting the new Dinosaur Safari Adventure Golf Course at the A1 Driving Range in Arkley, Hertfordshire (the 262nd course played on our Crazy World of Minigolf Tour) we headed to the Asda in Watford to meet up with our Minigolf opponents for the day Jon Angel and Cheryl Joseph.

The reason for meeting place? 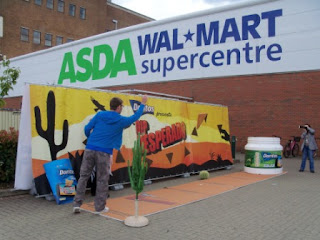 Jon's company UrbanCrazy (the Great Britain Minigolf Team Sponsor) creates minigolf courses and props, and also designs and builds all sorts of giant games and features. One of which was the Doritos Dip Desperado Challenge which had been touring Asda branches all over the UK.

The object of the game was to see how many giant Dorito Chips you could get in a jar of the new Doritos Dip, with three out of four Chips in the Dip earning you an Esteban Ortega Dip Desperado t-shirt.

Emily managed the feat and won a t-shirt. I failed to get any Chips in the Dip. 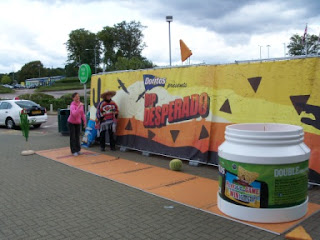 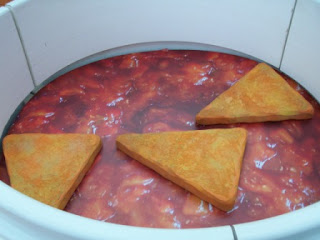 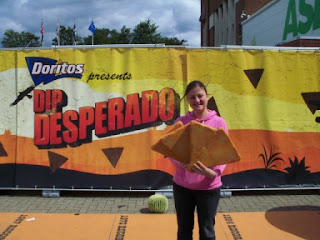