The 14th, 15th and 16th courses we visited and played on the Crazy World of Minigolf Tour were in Southend-on-Sea, Essex, on Saturday 31st of March 2007. We were in town to enjoy the seaside and also get in a bit of practice ahead of my debut in a British Minigolf Association tournament.

A year ago today we headed back to Southend for a family event, and made another revisit to the great Minigolf courses at the resort, of which there are three.

In the Adventure Island Theme Park itself there is an 18-hole Adventure Golf layout, divided into two separate 9-hole courses - the Inca Challenge and the Aztec Adventure. Just down the esplanade next to the Sea Life Centre is an 18-hole Arnold Palmer Crazy Golf course. When we first visited in 2007 (and for a couple of years after) there was a second 18-hole course that was in a 'derelict' state.

Photos from our visit in March 2007 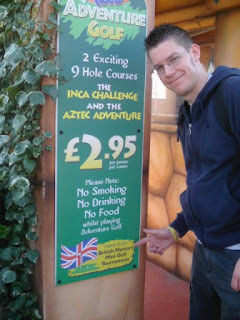 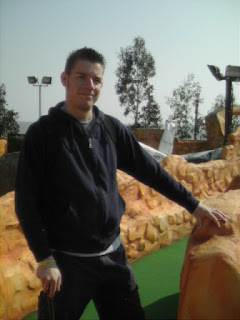 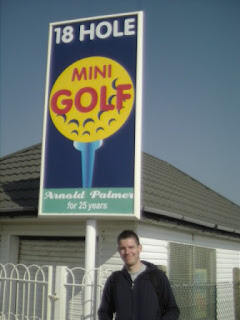 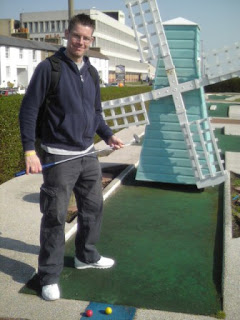 Back in 2007 I made my Professional Minigolf Debut in the BMGA British Masters tournament in Southend-on-Sea, where I finished in 24th spot of 28 players. I've since played in a further 66 BMGA Tour Events, and a number of other Minigolf Competitions in the UK and Overseas.

Other courses in Essex visited on the road to Southend-on-Sea a year ago today included Brentwood, Billericay and Wickford and we visited Upminster, Hornchurch, Romford and Havering in Essex on the way home on Sunday 11th July 2010.