The 2011 Cystadleuaeth Minigolff Cymraeg (Welsh Minigolf Tournament) was played out over five rounds and 45-holes, on three minigolf courses, on Saturday 16th July 2011. 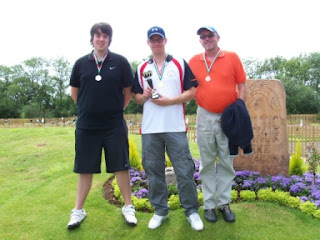 The defending champion, Leo Kukielka was unable to retain the title and finished in a disappointing tied sixth place with 2010 British Women’s Number One Cindy Kukielka, with Leo and the perennial Welsh Ladies Number One both scoring 135(+45).

On the morning of the tournament a draw was held to decide the groups and order of play for the first round, with the groups reorganised based on scores after each round. With heavy rain forecast, and delivered, the tournament teed-off at a revised time of 11.30am

With North Wales’ finest, Peter Jones unable to commit to the invitation to play, and fellow invitees Paul and Owen Johnson competing in a Crazy Golf Tournament in the Midlands, eight players would contest the third edition of the Cystadleuaeth Minigolff Cymraeg.

At the 9-hole Tredegar Park Minigolf course Seve held the lead for rounds one to three, scoring consistently low scores of 20, 20 and 19. Jas Kukielka and Richard Gottfried were both scrapping for second place, with Seve taking a three-shot lead into the final two rounds.

Competitive Minigolf newcomers Maria and Chris Thomas made their debuts at the 2011 Cystadleuaeth Minigolff Cymraeg, with the Welsh duo putting in some good rounds on a difficult Tredegar Park course, with Chris setting the clubhouse course record at 19(+1), prior to Richard scoring an 18(par). After Maria’s first round of 40, she settled into the action and carded two rounds of 28(+10), with both players continuing to put in competitive scores at the Celtic Manor courses.

At Celtic Manor’s 9-hole Celtic Challenge course Richard hit a round of 21, to Seve’s 29, to set a course record, and followed this up with a 31 on the 9-hole Kingdom of Legends course to finish four-shots clear of Seve.

Round by Round scores from the Tournament

New Cystadleuaeth Minigolff Cymraeg champion Richard Gottfried said “I am very pleased to have won such a great title against some great opponents. The Cystadleuaeth Minigolff Cymraeg is one of my favourite events of the year and the format of playing a mix of such different Minigolf courses in the competition makes it very interesting. Hard luck to Seve though, who played incredible well in the morning’s three rounds at Tredegar Park. I’m looking forward defending the title in what will be another highly competitive tournament next year.” 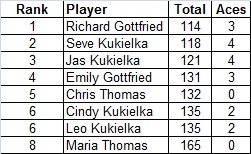 The Aces Champions for 2011 were Seve Kukielka and Jas Kukielka who tied on four Holes-in-One apiece.

The cumulative scores for the Welsh & English players as 'Teams' saw England beat Wales 2, with Wales 1 in third place. 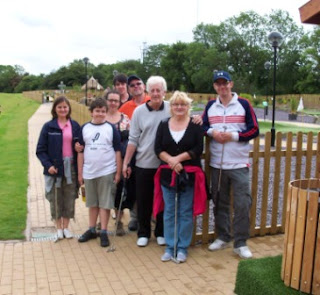 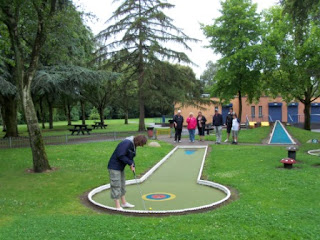 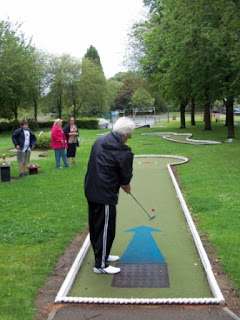 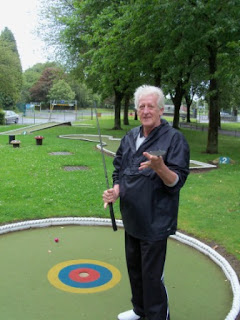 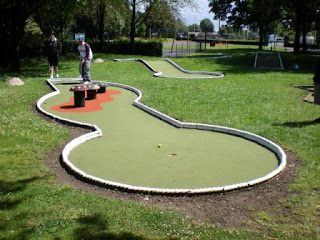 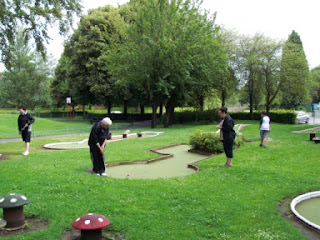 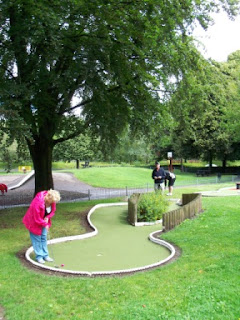 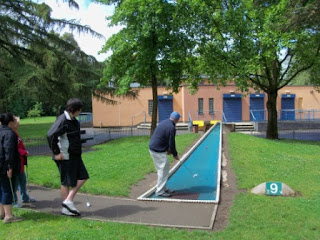 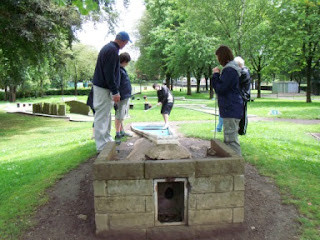 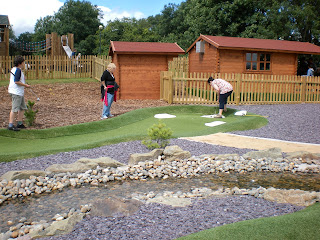 Cindy Kukielka plays out of a bunker at Celtic Manor 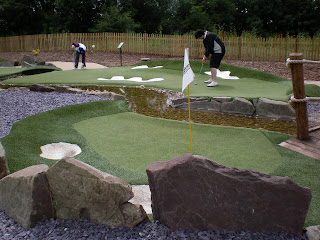 Seve Kukielka plays over a water hazard at Celtic Manor 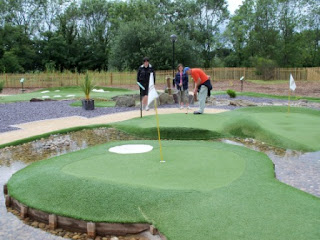 Jas Kukielka plays over another water hazard at Celtic Manor 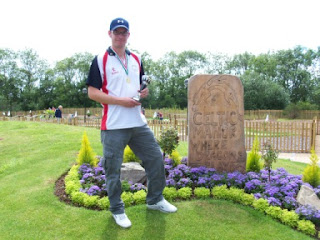 How come I wasn't invited!! :((
The Red Dragon will overcome.
So Sayeth the Ace Man.

It's a Welsh-run tournament, you need to ask 'The Management' ;-)

Congratulations on a great tournament win.