As part of the 2011 Cystadleuaeth Minigolff Cymraeg (Welsh Minigolf Tournament) we made a Minigolf Revisit to Tredegar Park in Newport, Wales.

Not a lot has changed on the course since our first visit last year, when the 9-hole Crazy Golf became the 192nd course played on the Crazy World of Minigolf Tour. 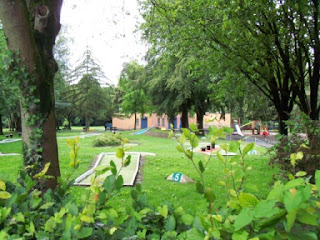 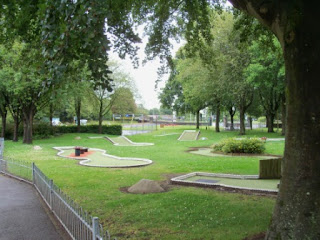 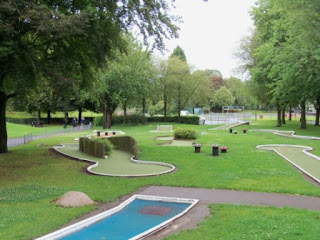 The only change we could spot was that a brick is missing on the hole below. 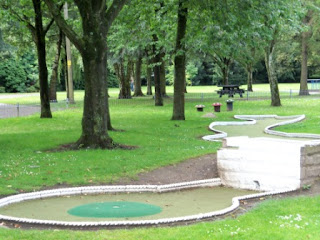 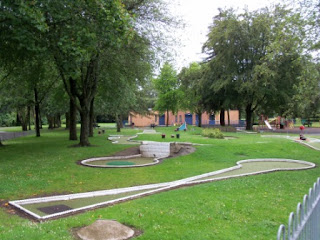 On the 25th August 2012 we revisited the 9-hole Crazy Golf course in Newport's Tredegar Park and were pleased to see that it has re-opened.

It's a good little course and worth a play.