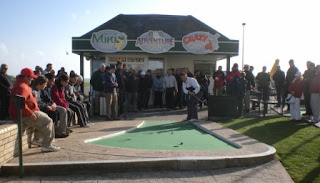 The Crazy Golf course is an Arnold Palmer Putting Course and is kept in brilliant condition by the team at Hastings Adventure Golf. The course includes great obstacles such as the Windmill and Waterwheel, and is a great test of putting skill. It's my favourite course in the UK.

We were in town getting ready to compete in our first-ever World Crazy Golf Championships where Emily and I were to finish 54th and 39th respectively. 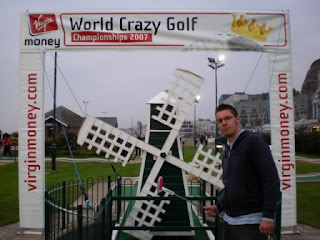 Before the main-event we held our usual Irregular Mini Golf Tour Match-up in which I defeated Emily 86-95 played over a round on both the Crazy Golf course and the Miniature Golf course.

We've since played the course loads of times, both in competition and just for fun. 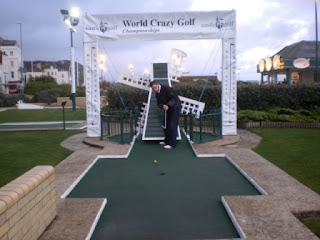 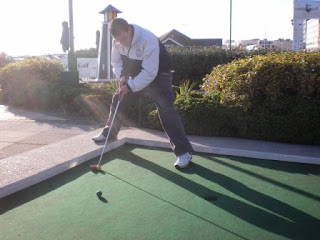 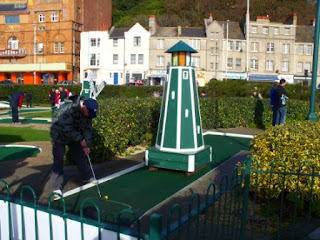 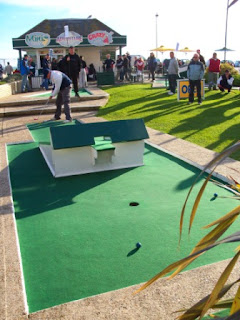 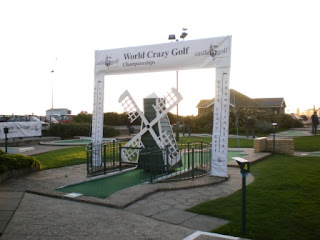 Back in 2007 the course became the 39th played on our Crazy World of Minigolf Tour. In the last
few years we’ve visited and played at 284 minigolf course locations all over the UK, and a few
overseas, but of them all, the Hastings Seafront Crazy Golf course is arguably the finest course in
the country and a great example of an Arnold Palmer Putting Course, it’s a pleasure to play and a
great host venue course for the World’s Biggest Crazy Golf Tournament.

There are plenty of Aces out there, but it’s a course that can trip you up if you’re not careful, in
my first competition here I equalled the course record (at the time) of 32(-4), but you can also
easily hit a round in the 40s! It’s a great place for a fun round, and also a top location for
tournament play, where I’ve had the honour to play on it in the Planet Hastings Crazy Golf Open,
the BMGA British Matchplay Championships, and this, my fourth Castle Golf World Crazy Golf
Championships.

It’s in an excellent location and is well maintained by David and Marion Hartley and their team,
and it’s always a pleasure to visit. Here’s to many more years of competition and fun." 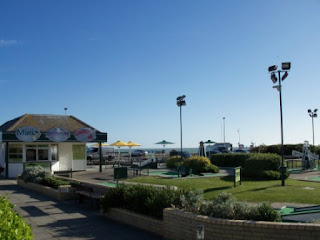 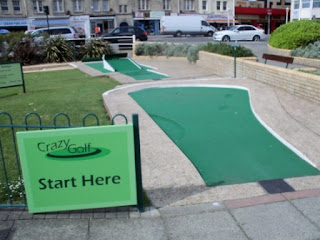 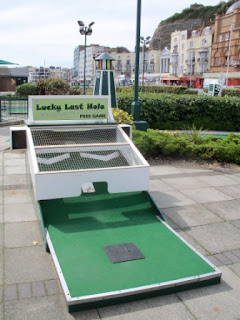 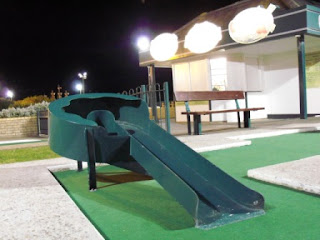 Check out more course visits on the Crazy World of Minigolf Tour.
Posted by Richard Gottfried at Friday, July 29, 2011

Check out my latest blog post on the course at 'Crazy Golf in Hastings'.