We first visited the 18-hole Adventure Golf course at White Rock Gardens (aka Planet Hastings, aka Clambers) in Hastings, East Sussex on the 14th March 2008 when it became the 43rd course played on the Crazy World of Minigolf Tour.

We were in town preparing to compete in the 2008 Planet Hastings Crazy Golf Club Open, which takes place on each of Hastings' minigolf courses in one day! 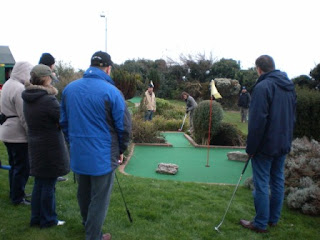 In the 2008 Planet Hastings Crazy Golf Club Open I finished in 25th spot of 32 players, with Emily only one-shot back in 26th place.

The course was the setting for many BMGA Tour competitions over the years, the last of which was the BMGA British Open 2010. This was the final competitive tournament to be held on the course as it was turned into an outdoor laser tag arena in early 2011! A real shame as it was a brilliant miniature golf course. 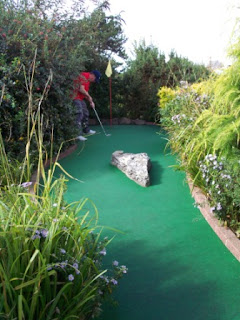 On Sunday 19th September 2010 the course was also the location of "The Minigolf Welly Boot Swamp Ball Incident in Hastings." 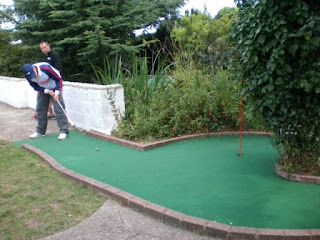 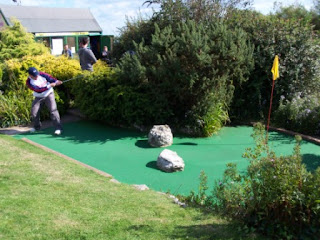 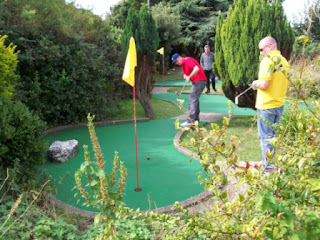 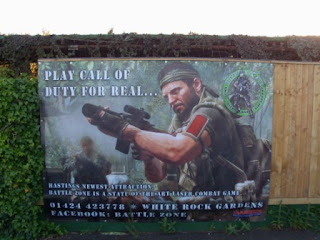 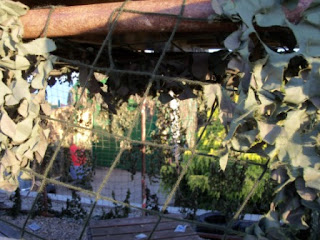 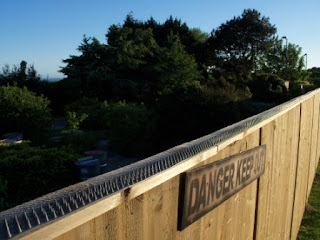 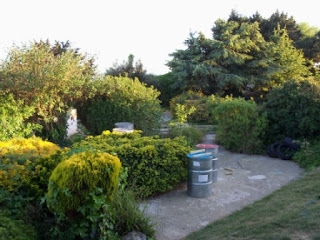 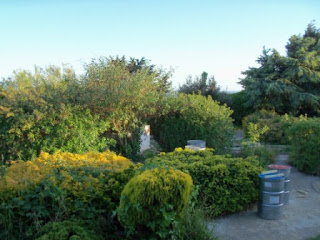 Photos of Clambers Adventure Golf (as it was) at MiniatureGolfer.com

The new Battle Zone Outdoor Laser Tag at Clambers/White Rock Gardens was the scene for the Zombie Apocalypse in Hastings in October 2011!