The second Miniature Golf course played in Weston-Super-Mare was the 14-hole Fella's Crazy Golf which is just opposite the Grand Pier. 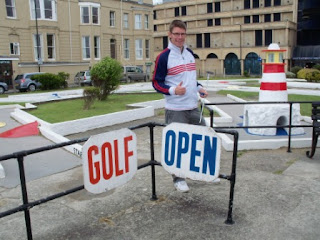 The course was Open and ready for me and Emily to face-off in the next stage of the Weston-Super-Mare Pennant contest. 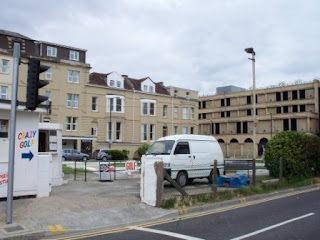 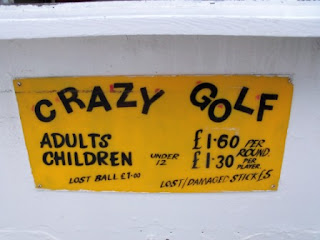 And, in a Crazy World of Minigolf Tour first, also charged an extra 30p if you wanted a scorecard and pen to score your game! 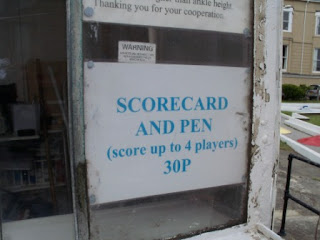 The course was the 260th played on our Crazy World of Minigolf Tour. 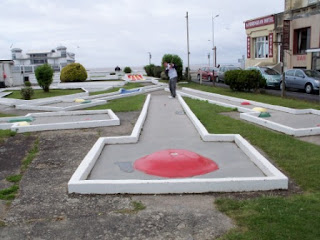 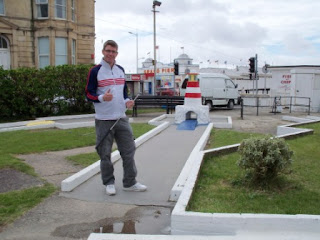 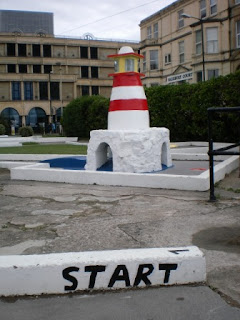 In our Irregular Mini Golf Tour Match-up Emily defeated me 39 to 43, and also took the lead in the Weston-Super-Mare Pennant contest as we headed off to play the third and final round! 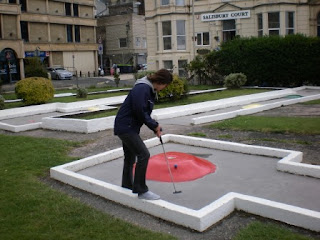 Did you get to keep the pen or was the 30p a refundable deposit?

Is that a felt tip? Reminds me of school.

It is indeed a Felt Tip. Sadly unbranded. Not the best choice of writing tool considering the British weather. Imagine the running of the ink in the rain!!!