Another new Miniature Golf course played on our Crazy World of Minigolf Tour!

Last month while on an On The Buses Event around Elstree & Borehamwood me, Emily and Brad Shepherd spotted the building of a new Adventure Golf course in Arkley, Hertfordshire. Today, a group of us headed there to have a game. It became the 262nd course played on our Crazy World of Minigolf Tour. 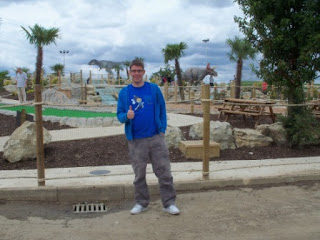 The course is an 18-hole 'Dinosaur Safari' Adventure Golf and features a variety of holes, with hills, ramps, plateaus, rocks and water hazards. 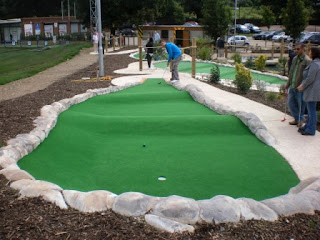 There are also a number of Dinosaurs around the course. None of them gave us any problems though. 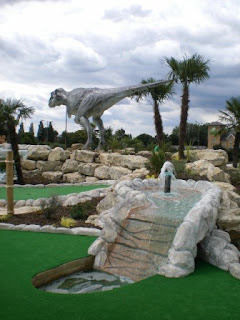 To enter the course and meet the 'Live Dinosaurs' you have to enter through a Time Travel 'Device'! 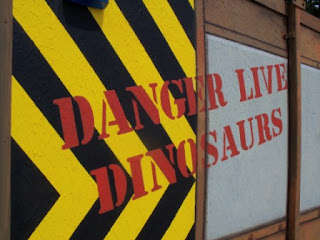 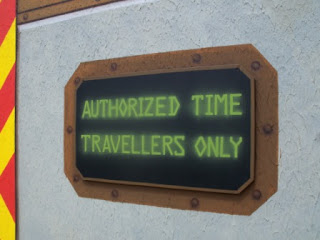 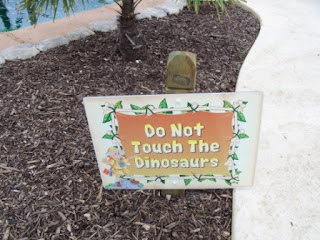 To mark our visit we held a Minigolf Competition to crown the Arkley Dinosaur Safari Golf Classic Champion. 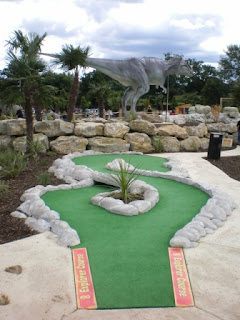 Four players teed-off in the event with me and Emily teaming up to take on my Minigolf (and BIG Golf) rival Jon 'El Pato' Angel and his partner Cheryl 'Shuffler' Joseph. 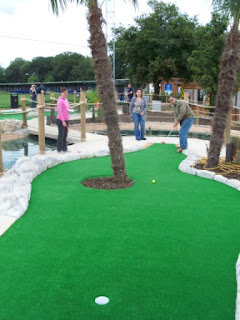 In the Individual Event I defeated Jon by one shot, scoring a 41(+5). Emily and Cheryl tied for third place with scores of 49(+13). 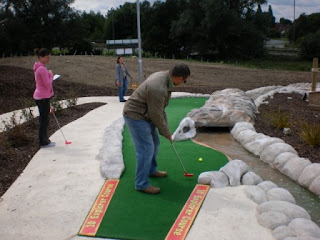 In the Doubles Event Emily and I defeated Jon and Cheryl by one-shot - 90 vs. 91. 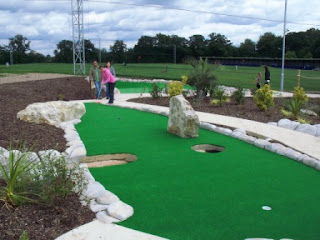 In the Doubles Matchplay Emily and I won 1-up. 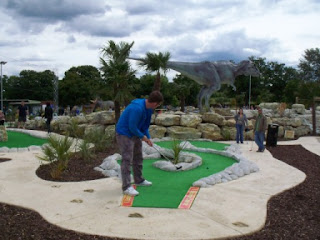 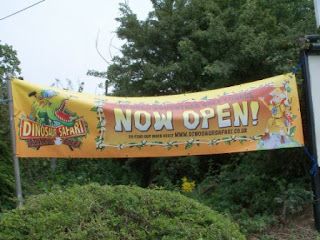 After the Adventure Golf we also had a go on the Driving Range, a warm-up of sorts for our yet to be completed 'Best of 5 Pro Spirit Challenge Tour' Competition!

Video introduction of the course visit with a 'special' guest appearance by Jon 'El Pato' Angel.


Previous Blog Post About The Course - New Dinosaur Safari Adventure Golf opening at the A1 Driving Range in Arkley, Herts (near Elstree & Borehamwood)

The British Minigolf Association (BMGA) will be holding a Public Minigolf Tournament at the Dinosaur Safari Adventure Golf course at the A1 Golf Centre in Arkley, Hertfordshire on Saturday 20th October.

More details are available at the following links:

Membership of the British Minigolf Association is available free of charge for standard membership, or £20 for 2012 Season BMGA Tour Pro membership. Check out the BMGA Membership Page for more information.