The traditional curtain-raiser ahead of the Cystadleuaeth Minigolff Cymraeg (Welsh Minigolf Tournament) is a side-tournament in A.N. Other Sport or Game. Last year we played a Darts tournament, and in 2009 we played Boules.

However, this year the side-event took place after the main-event at the 2011 Cwmbran Table Tennis Classic. 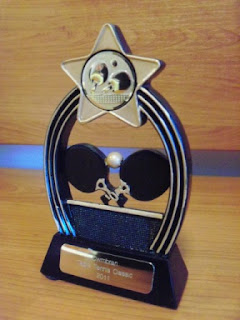 In the final match Seve Kukielka defeated (destroyed) me, 21-3 in a not close at all Final. In doing so Seve became a two-time Side-Tournament Champion, having won the 2009 Boules Tournament in Swansea (Abertawe), where he also beat me in the final. 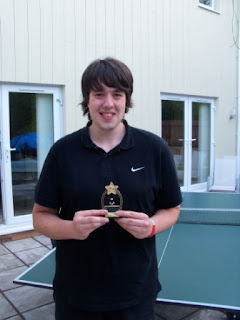 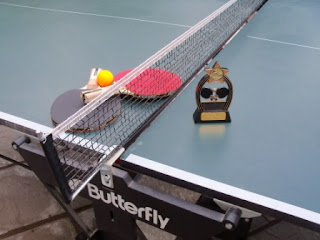 The tournament saw each of the six players drawn into two groups, with each player playing each other once, with the winner from Group A taking on Group B's runner-up and vice versa.

The group matches were played to 11 points, with the semi-finals and final played to 21. 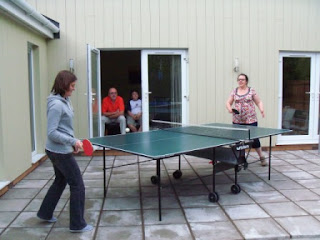 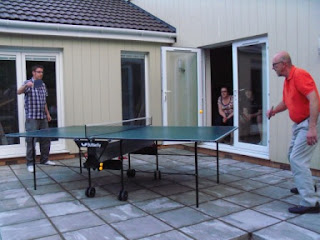 Photo: A shell-shocked Richard attempts to score a point against the merciless Seve 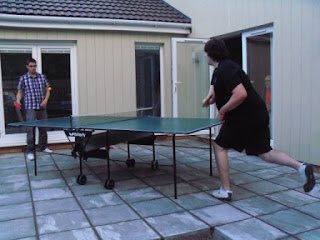 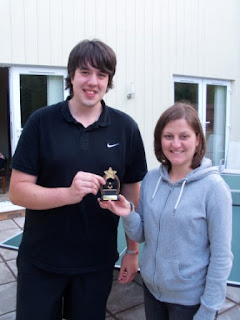 The 2012 Side-Tournament Sport or Game is undecided, suggestions welcome?