We first visited the 18-hole Strokes Adventure Golf course in Margate, Kent way back on the 13th September 2007, when we were competing in the BMGA British Open tournament held at the course (where I held the lead for 'a cup of coffee').

We have since visited and played the course for a number of other BMGA Tour events, including the BMGA Players Championships and the Kent Open.

Photos from our visits to Strokes Adventure Golf: 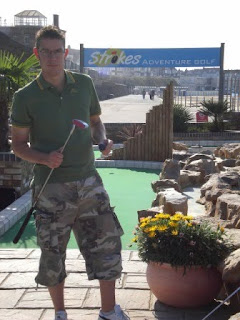 Me and Steve Gow (who beat me in Round 2 of the 2007 BMGA Players Championships - and went on to win the whole thing). 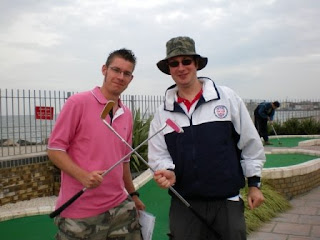 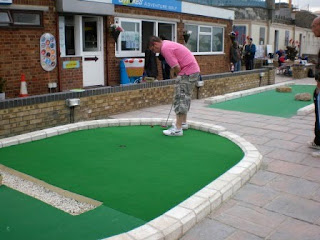 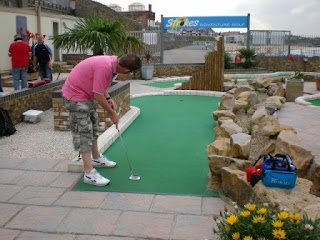 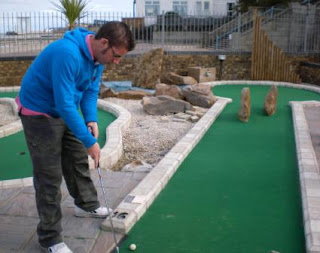 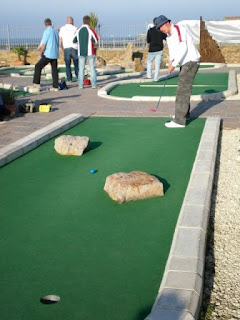 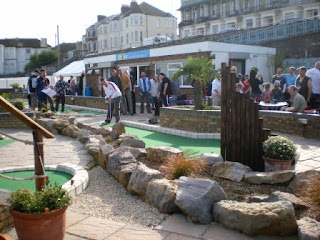 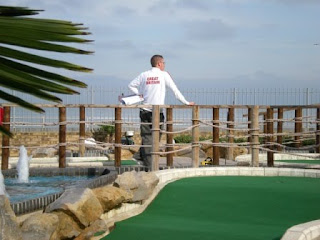 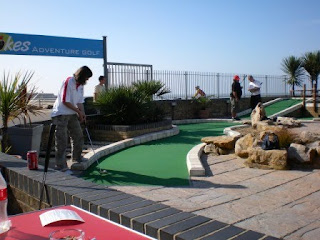 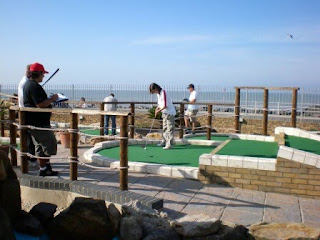 KIT Day 2008 - the weather wasn't so great - the KMGC braved the elements. I didn't fancy practicing. 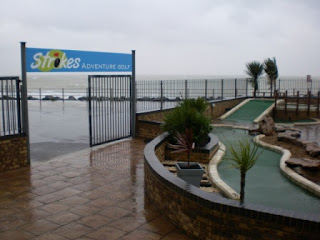 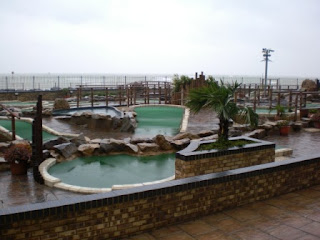 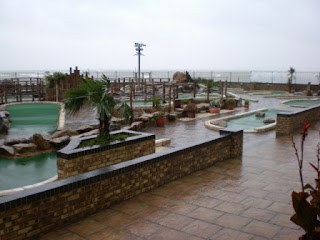 Kent Open 2008 - the weather was better than the Saturday KIT Day! 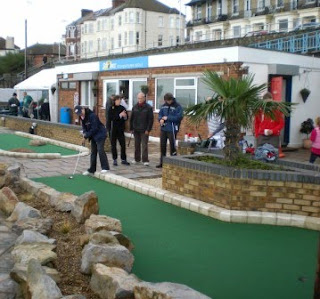 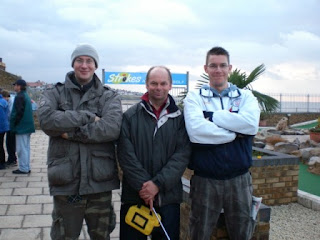 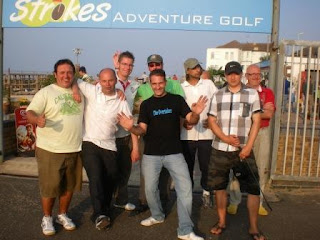 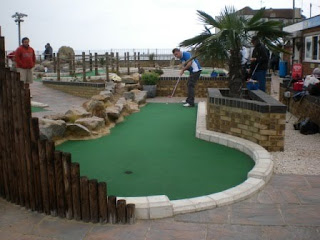 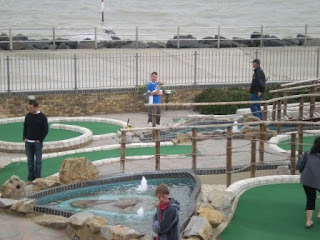 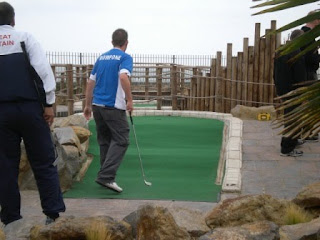 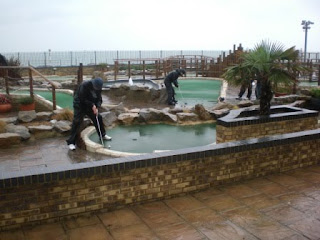 In 2011 we'll be back at Strokes for the BMGA British Masters Minigolf Tournament, great news. 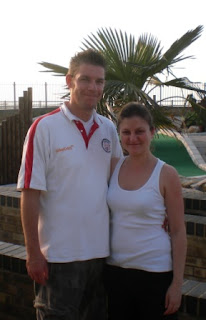 The Kent Minigolf Club (KMGC) put together two YouTube Video Guides to playing the course - "The Front Nine" and "The Back Nine".