Results of the first Scrap Iron Cup Minigolf Competition of 2011 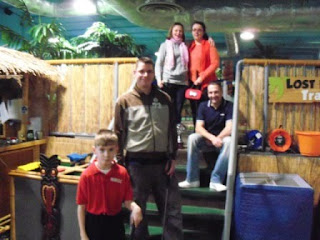 The top ranked player after round one was British Ladies Number One Cindy Kukielka, who scored the only under-par round with an excellent 34(-2).

To decide who would join Cindy as the other finalist a play-off was required after Paul Johnson and Richard Gottfried had both tied on 37(+1). A sudden-death play-off followed and was won at the fourth extra-hole by Gottfried. The play off saw Paul and Richard score 1-1, 1-1, 2-2 and 4-1.

In the 18-hole Matchplay Match final-round Gottfried won 3&1 in a very back and forth match against Kukielka to dash hopes of the Scrap Iron Cup making its way to Wales for the first time.

The Scrap Iron Cup Championship will be contested again in Bristol in February. 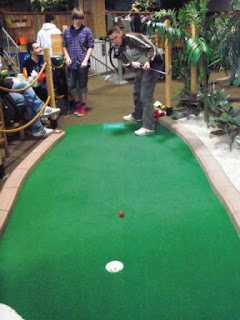 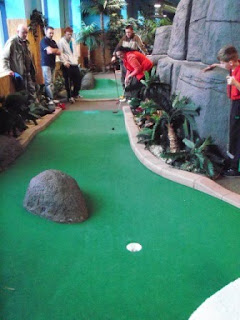 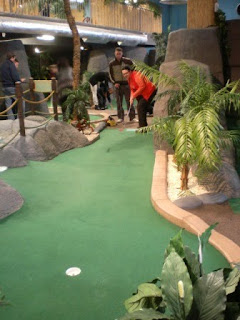 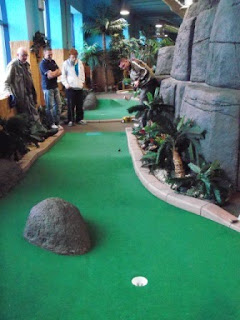 Richard celebrates his victory and regaining the trophy (following his defeat at the hands of Owen 'Jackpot' Johnson in 2010). 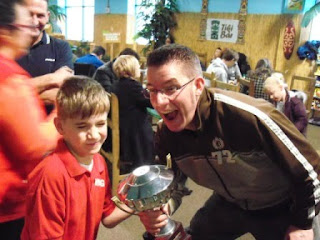 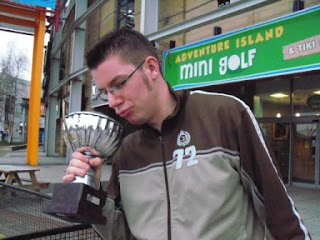 Rules of the Scrap Iron Cup
• Played between members of the Midlands Minigolf Club
• Played in either groups of two, or one group, in round one
• Groups are drawn at random (often using the 'balls in a hat' technique)
• Round one is a strokeplay match played over 9, 11, 12 or 18 holes
• The two players with the top scores after round one qualify for the second round/final
• Round two is a matchplay match played over 7, 9, 12 or 18 holes
• The winner of the matchplay match becomes the Scrap Iron Cup* Champion**