The 10-hole Pirate-themed Adventure Golf Course in the town of Ryde was the 68th course visited and played on the Crazy World of Minigolf Tour, and the sixth and final one played on our Irregular Mini Golf Tour of the Isle of Wight on the 26th July 2008. 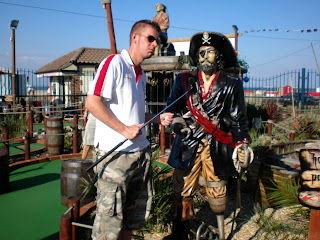 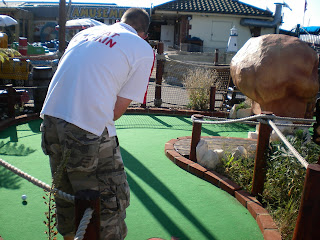 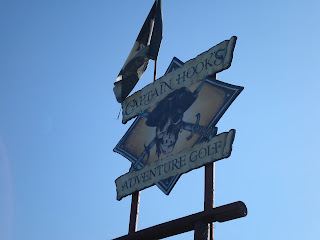 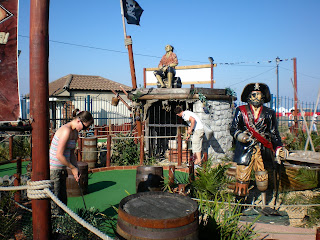 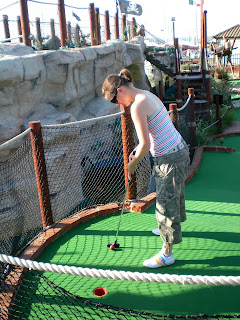 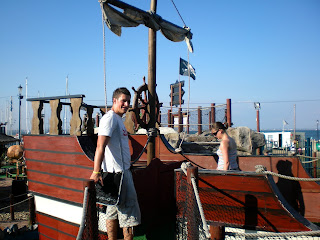 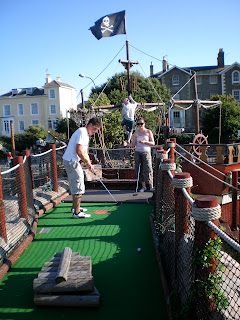 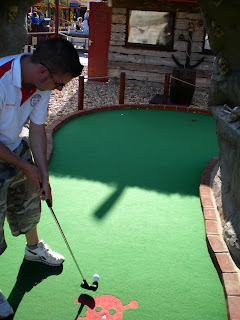 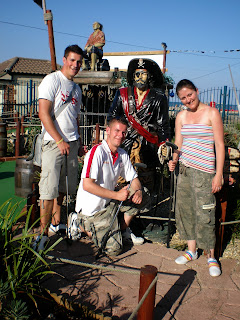 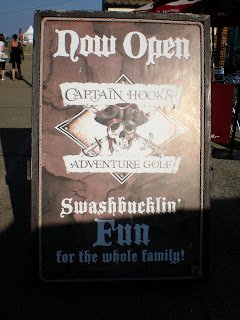 Unfortunately we ran out of time before the Hovercraft left for Southsea, so were unable to play the other Crazy Golf course in Ryde.

We'll re-visit the Isle of Wight again in the future and make sure we visit that course first.

Links to other course visits on the Crazy World of Minigolf Tour.
Posted by Richard Gottfried at Monday, January 17, 2011