In the last week we've played two games of Laser Tag. The first at Laser Station at Star City, Birmingham, followed by the Star Command Laser Tag at The Trocadero in London.

Both were great fun and reminded me of playing Quasar and Laser Quest years ago in Oxford, Minehead, Bognor Regis and Barry Island.

The last time we played the Laser Station in Birmingham Emily defeated me, Mark Swain, Craig McAllister and Angela McAllister. This time out I was the 'Top Gun' amongst the Minigolfers. At 'The Troc' yesterday I was runner-up. 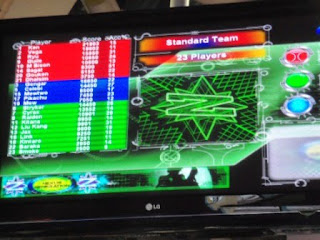 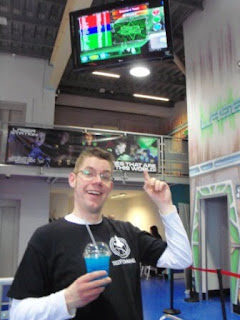 The players in The Trocadero Laser Tag Briefing Room 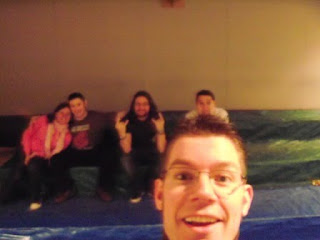 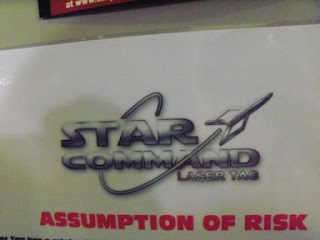 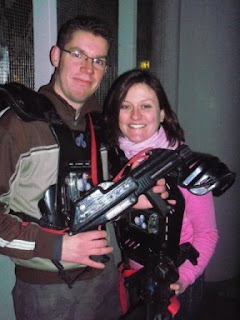 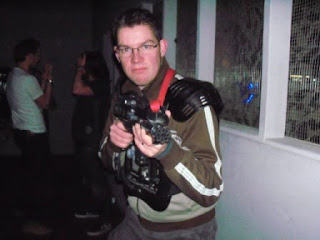 The weapons at the Star Command Laser Tag in London have a number of different Ammunition types which add a whole new dimension to the 'sport'.

I've also heard there's a Quasar/Laser Quest in Hemel Hempstead, and remembered there's one in Bedford too. Not too from us here in 'Parts Unknown' (Luton). Plans are also afoot for a re-match from the Star City Contest amongst members of the BMGA Tour when they head to Bristol soon.

We're also big fans of Shooting Shacks here at The Ham & Egger Files, and whenever we head to Blackpool we always head for the Pirate Flyer Indoor Laser Game Monorail at the Coral Island Amusement Arcade.
Posted by Richard Gottfried at Sunday, January 30, 2011