A look back at three minigolf courses in Oxford's Parks. 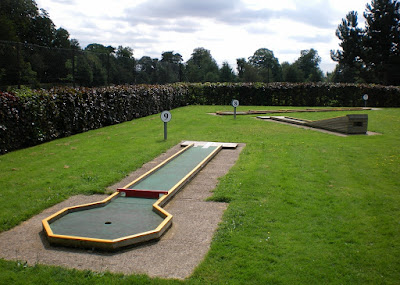 On this day in 2009 we played three Swedish Felt Mini Golf courses in Oxford. 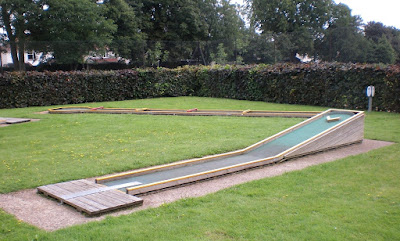 We first visited the three Swedish Felt type minigolf courses in my home city on our Crazy World of Minigolf Tour in December 2008. We got to play them on the 13th August 2009 at the start of a nine-day road-trip that took us around the coast of Wales. Back then you could find layouts in Bury Knowle Park in Headington, Cutteslowe and Sunnymead Park and Florence Park in Cowley.


Mini Golf at Cutteslowe and Sunnymead Park in Oxford.

Sadly the Florence Park Minigolf course was removed in March this year. 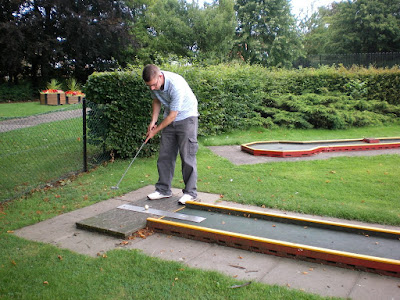 The course at Cutteslowe and Sunnymead Park is now Crazy Croc's Mini Golf. 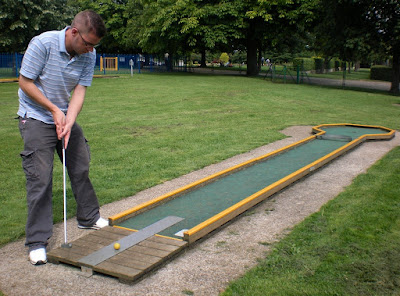 As far as I'm aware the course at Bury Knowle Park in Headington is still there. 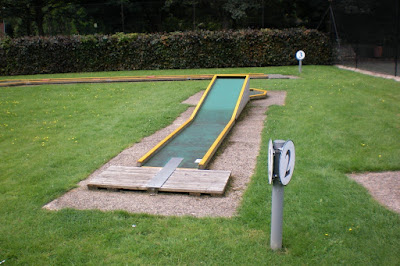 Other places to play minigolf in Oxford include Gravitee Adventure Golf at the Ozone Leisure Park and Junkyard Golf venue in the Westgate Centre.

Earlier this year I found out there's also a minigolf course at the Fulbrook Centre at the Churchill Hospital in Oxford.

Adventure Golf at The Leys Recreation Ground in Witney, Oxfordshire

A look at the Adventure Golf course at The Leys Recreation Ground in Witney, Oxfordshire. 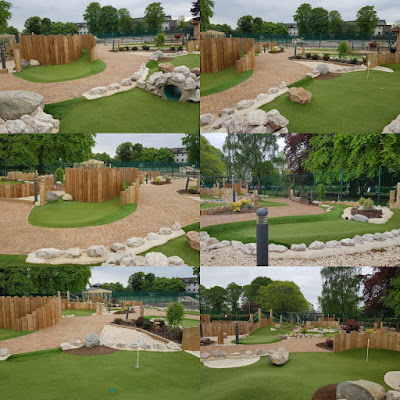 We visited the layout in May last year.

It was the 869th course visited on our Crazy World of Minigolf Tour.
Posted by Richard Gottfried at Friday, May 15, 2020 No comments:

Spotting a minigolf course in Oxford

Finding a minigolf course at the Fulbrook Centre at the Churchill Hospital in Oxford.


Many thanks to my friend Matt Roebuck for sending over some photos of a minigolf course he spotted on his daily lockdown exercise over the weekend.

It's amazing what you see on your doorstep and find out doing a spot of urban exploration.


Oxford's my home city and I never knew this particular course existed!

Back in 2011 a tournament was held on the course.

Interestingly it's a Swedish Felt B-Run minigolf course. While there are a few of them around the UK it's not the most common type of course. However, in Oxford we've visited three other Swedish Felt B-Run layouts. These were in Bury Knowle Park in Headington, Cutteslowe and Sunnymead Park and Florence Park in Cowley.

As far as we're aware the course in Bury Knowle Park is still there.

The one in Cutteslowe and Sunnymead Park has been replaced by Crazy Croc's Mini Golf.

Matt tells me that until six weeks ago the course in Florence Park was in place.


Have you spotted a minigolf course during your daily lockdown outdoor exercise during the coronavirus pandemic? Do let us know. We might not have it on our To Visit list yet.

Matt is the author of The Other Olympics. It's a brilliant book and well worth a read. It covers a number of international multi-sports competitions.
Posted by Richard Gottfried at Tuesday, April 14, 2020 No comments:


I recently found out there's been a change to one of the minigolf courses in my home city.


Our fellow minigolf adventurers Matt and Helen Dodd were in Oxford and swung by Cutteslowe Park and let us know the course there is now an adventure golf-style layout.


The new Crazy Croc's Mini Golf in Cutteslowe Park is a 9-hole layout.

It'll be a new course to visit on our Crazy World of Minigolf Tour in the future.
Posted by Richard Gottfried at Thursday, March 05, 2020 No comments: 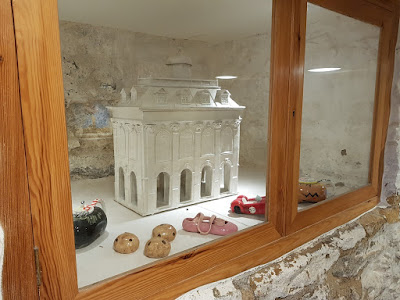 Check out the full post from our visit on my World of Bun Throwing blog.
Posted by Richard Gottfried at Monday, January 06, 2020 No comments:

A look at Junkyard Golf in the Westgate Centre, Oxford. 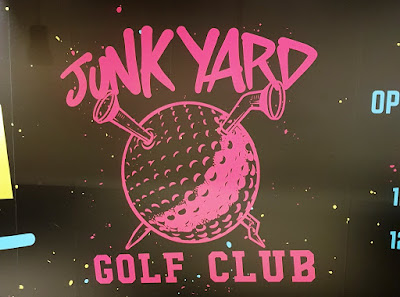 We were back in my home town at the weekend and swung by Junkyard Golf at the Westgate shopping centre in the city centre. 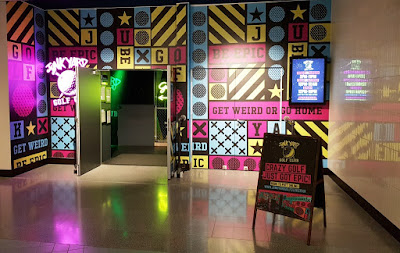 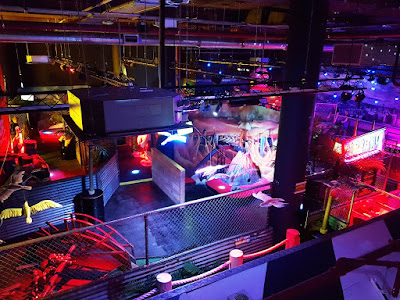 You can find other Junkyard Golf venues in Manchester, London, Leeds and Liverpool. 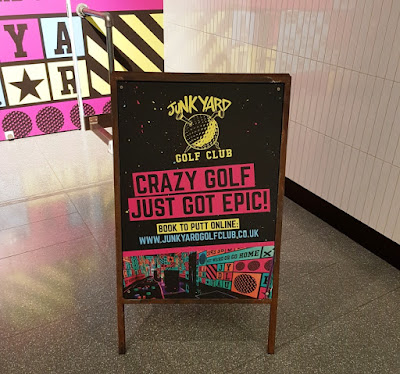 Check out the Junkyard Golf website for more information. 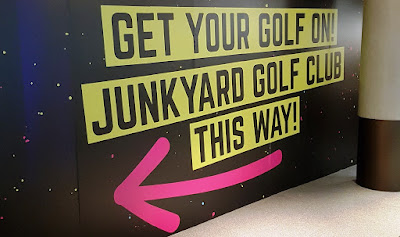 The Junkyard Golf course was the second course we visited in 2020. The first was the Putting Green at the Park Square offices in Cheadle Heath.
Posted by Richard Gottfried at Monday, January 06, 2020 No comments:

Thirteen years ago today we visited the 10th course on our Crazy World of Minigolf Tour.


On a bitterly cold 23rd December 2006 Emily, Christopher and I headed along to the Horse & Harrow Pub in West Hagbourne, Oxfordshire to have a game on the beer garden Crazy Golf course there.


In all the years and hundreds upon hundreds of courses we've seen since, none have been anything quite like the 9-hole course.

Back in 2006 we never realised how BIG our Crazy World of Minigolf Tour would become. To date we've visited 942 courses!

We popped back to the pub for a look at the course in April 2011.


Looking online it doesn't look like the course is in the pub's beer garden anymore.
Posted by Richard Gottfried at Monday, December 23, 2019 No comments: 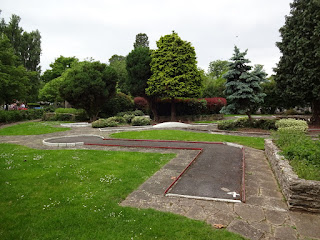 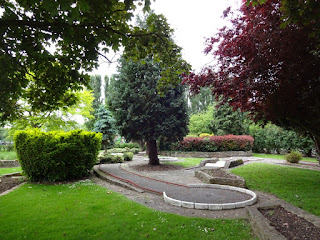 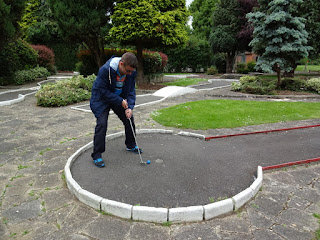 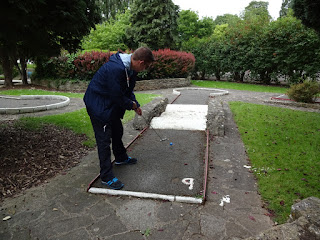 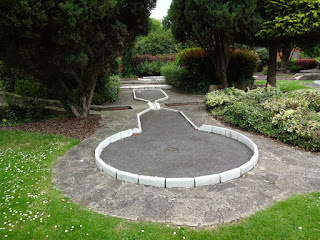 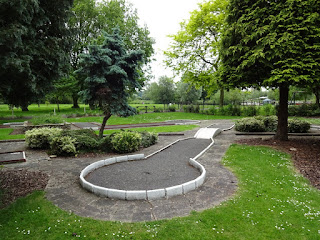 Posted by Richard Gottfried at Thursday, November 21, 2019 No comments:

It's been a year since Abingdon's last Bun Throwing event.


Last November my home town of Abingdon marked 100 years since the end of the First World War with a special Bun Throwing event in the market place.


The first marked the Coronation of King George III. The last Bun Throwing held before the 2018 event was to celebrate the Queen's 90th birthday in 2016.

I have attended each Bun Throwing in Abingdon in my lifetime, a total of 15 since 1981.

Adventure Golf at The Leys Recreation Ground in Witney

A visit to the Adventure Golf course at The Leys Recreation Ground in Witney, Oxfordshire. 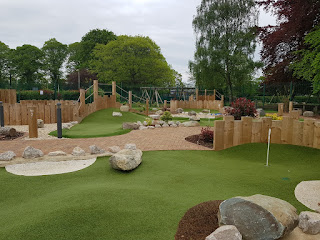 Our trip to Southampton saw us visit 18 more courses, playing eight of them. One of the courses visited was the Adventure Golf course at The Leys Recreation Ground in Witney, Oxfordshire. 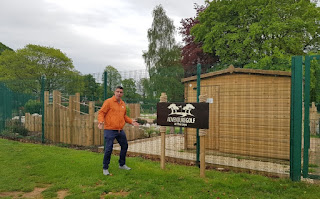 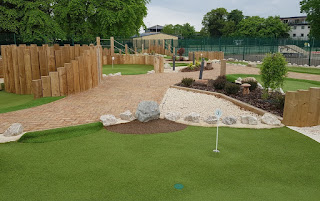 We hadn't expected to be visiting Witney, but as traffic meant our route changed we couldn't pass up the opportunity to visit the course. 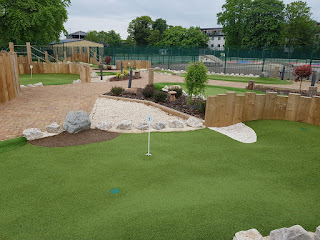 Unfortunately we didn't get to have a game on it as it had already closed for the day. Earlier than the sign said.


The Adventure Golf course at The Leys Recreation Ground in Witney was the 869th visited on our Crazy World of Minigolf Tour. 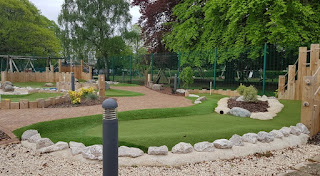 The 9-hole course was designed and built by the team at HM Adventure Golf and opening in 2018. 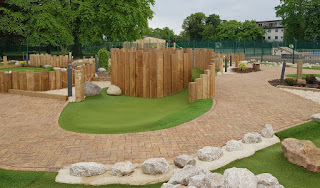 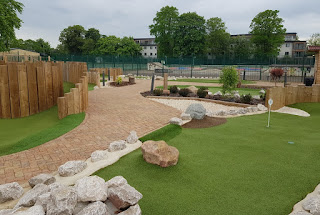 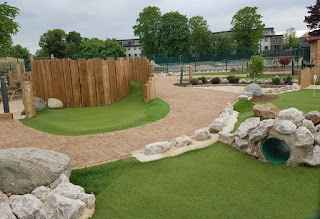 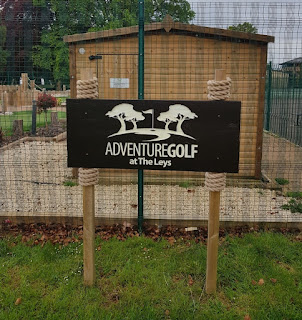 Posted by Richard Gottfried at Sunday, May 19, 2019 No comments: