A look back at the PUTT PUTT #2 art installation Crazy Golf course in Croydon. Played on this day in 2014. 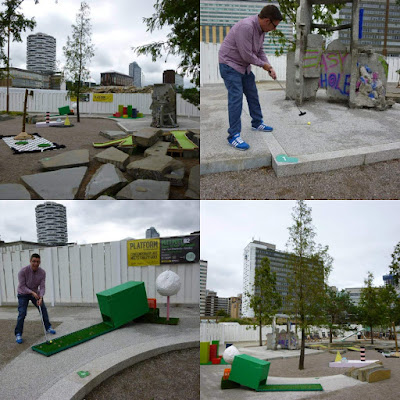 The art installation miniature golf course was the 345th played on the Crazy World of Minigolf Tour and the 578th visited overall since September 2006.

Check out my blog post 'Artainment and the world of minigolf' to see how minigolf has been used in other artistic creations.

With over twenty years of marketing and sales experience each we offer consultancy services to people and businesses looking to set-up miniature golf courses, review their operations, hole designs, contests, tournaments and more. Do get in touch for a chat to see how we can help and work together.

Posted by Richard Gottfried at Friday, August 28, 2020 No comments:

Spotting some Marge Simpson graffiti high above Deansgate in Manchester.

While on our first walk in Manchester city centre for quite some time on Saturday Emily spotted this piece of Simpsons graffiti high above Deansgate. 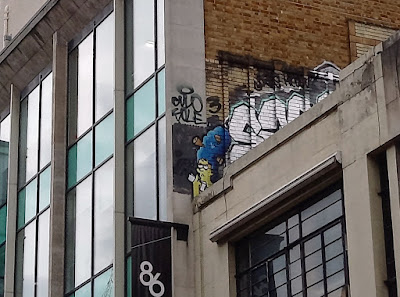 We recently spotted some Itchy & Scratchy graffiti on the Fallowfield Loop in Manchester and last August we saw this Simpsons graffiti in Newcastle upon Tyne.

Posted by Richard Gottfried at Monday, August 24, 2020 No comments:

A look at a piece of Invader street art in Manchester.


It was nice to have a walk round Manchester again for the first time in a while on Saturday.

One of the best free-to-do activities in the city centre is to look for street art. There's plenty of it about.

Manchester is the site of an Invasion by French street artist Invader. He created 47 pieces of mosaic tile art with a total points value of 970 back in 2004.


Over the years some of these retro video game inspired pieces have been damaged, removed or stolen. While some have been lost entirely because the building they were on has been demolished!

Luckily some of these lost Invaders have been replaced.

Posted by Richard Gottfried at Sunday, August 23, 2020 No comments:

It's fun seeing street art and graffiti on my travels and I saw this superb piece by JXC Designs on my last trip down to London back in February.

Posted by Richard Gottfried at Thursday, August 20, 2020 No comments:

A look at the pop-up minigolf course at the Orpheum Theatre in Memphis, Tennessee.

Many thanks to our friend, team-mate and minigolf rival Jon Drexler for sending us some photos from his visit to play the new pop-up minigolf course set up at the Orpheum theatre in Memphis, Tennessee, USA.


Orpheum Mini-Golf is a 9-hole socially distanced Broadway-themed course and is set-up on the stage of the theatre.


It's a nice use of the theatre space during the pandemic and a way to connect with old and new audiences.


The Orpheum Mini-Golf course opened this month and is open Thursday to Sunday. The 'show' runs until 15th November.


We love seeing miniature golf course pop-ups and unique layouts. The Orpheum Mini-Golf course certainly ticks those boxes. I really like the look of the Hamilton hole above.

Posted by Richard Gottfried at Monday, August 17, 2020 No comments:

Artwork on the old British Home Stores in Stockport

A look at the mural artwork on the old BHS in Stockport's Merseyway shopping centre.

BHS became defunct in August 2016, but there are still traces of the brand if you know where to look.


The building is now home to a Poundland store, however there are two small signs bearing the BHS logo and they are visible at the front of the shop.


The side of the building on Deanery Way contains a wonderful mural made up of concrete panels and mosaic tiles and depicts the history of the town over seven hundred years.


The artwork was designed by Henry Collins and Joyce Pallet and created in 1978.

Here's a look at the five panels, starting with the most recent era (the seventies!) and working back to the year 1239...


Posted by Richard Gottfried at Thursday, August 13, 2020 No comments:

It was brilliant to find this superb piece of tile art by Angus while down in Camden back in February. 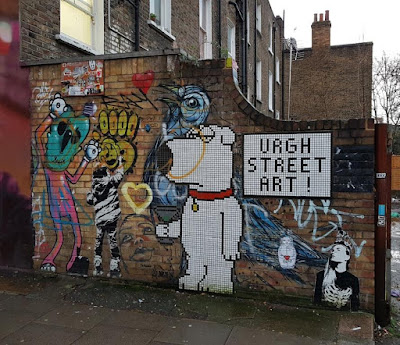 A look back at Doug Fishbone's Leisure Land Golf.

I played Doug Fishbone's Leisure Land Golf on two occasions in 2016 and 2017. The first was a round at the New Art Exhange in Nottingham, the second was at York Art Gallery.


As today is International Beer Day it's worth taking a look at the ace beer mat scorecard the course had. 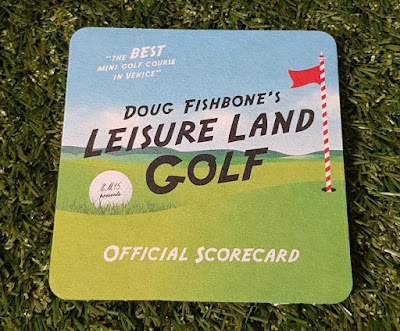 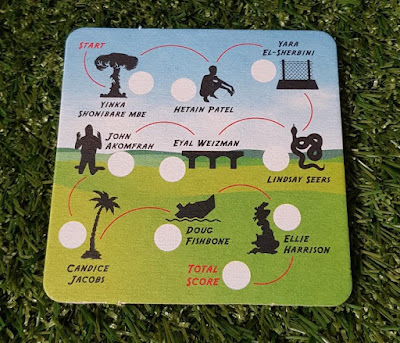 Doug Fishbone's Leisure Land Golf course first appeared at the Venice Biennale. It then toured the UK for a while.

It was an interesting art installation and a nice, playable miniature golf course.

Posted by Richard Gottfried at Friday, August 07, 2020 No comments:

I saw this fun piece of Homer Simpson graffiti art at Ghetto Golf in Digbeth, Birmingham. 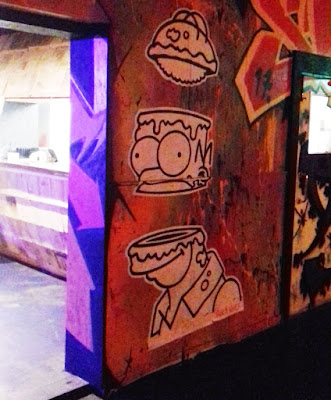 I spotted this fun Pizza Shark sticker art by Samuel B Thorne at Elephant & Castle in London last year. 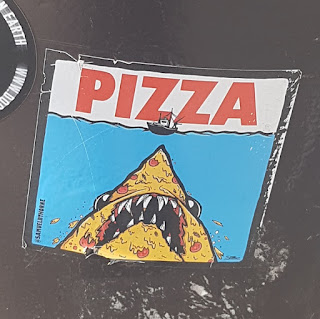 Posted by Richard Gottfried at Wednesday, July 29, 2020 No comments:

It's always fun spotting Simpsons-related stuff while out and about.


I saw this sticker for the Kings Cross Tattoo Parlour while down in London last year.

We had a brilliant time judging all of the entries into the Filwood Fantastic Mini Golf Club's PUTT PARTY contest on Saturday morning.

The PUTT PARTY was a Show & Tell of the Mini Golf holes created by residents of Knowle West in Bristol and the culmination of a lot of hard work and crazy golfing fun.

During lockdown and over summer the Filwood Fantastic Mini Golf Club has created a home-based minigolf club for local residents. Having received supplies of arts and crafts materials the club members were challenged to create their own crazy golf holes.

It was superb seeing the innovations, classic styles, wild, wacky and mega minigolf constructions and tricky to pick a winner.

View this post on Instagram
Yesterday was our finale Putt Party, where Knowle West-ers showcased our DIY Mini Golf Hole’s with one another over zoom, drawing the virtual ClubHouse meetings to a temporary pause. We can’t thank our in-house Mini Golf VIP’s @emslemsgottfried & @richard_gottfried all the way from Stockport enough. What a tricky judging time they had. They fed back beautiful comments on all the houses holes, really respected our community with words of encouragement and praise for our different skillsets and mini golf crafting skills. Comments included ‘wow, I wasn’t expecting that!’ & ‘you had it all!’ 949 Mini Golf Holes 🕳 visited. We cannot wait for you to visit us in Knowle West (when restrictions allow). #superstars #mr&mrs #minigolfchamps #thankyousomuch #diygolfcourse #communityfirst
A post shared by #FilwoodFantastic Mini Golf (@filwoodfantasticminigolf) on Jul 26, 2020 at 5:39am PDT

After everyone had demonstrated their crazy golf layout and talked through the ideas behind it we entered into deliberation before declaring the Alford family the winners of the Mini Golf Artists Award 2020 for their excellent Crocodile hole.

You can see the winning design in the Filwood Fantastic Mini Golf Club Facebook Group and Instagram.

View this post on Instagram
HUGE congratulations to @thegurtlife Dan, Lucy & Rowan for their Winning design at our Finale Putty Party on Saturday morning. Novers (g)Nasher came from no-where and stole first place with a cranking automated croc mouth, a slide for the ball and a direct swift hole in one action. Unbelievable!!! Dan’s family holds the title of The Mini Golf Artist 2020! He’ll be collecting his trophy and prize set from the Filwood Fantastic market next Saturday at @filwoodcentre #welldone #expecttheunexpected #communityforthewin #welldonedan #aloveofcrocs
A post shared by #FilwoodFantastic Mini Golf (@filwoodfantasticminigolf) on Jul 26, 2020 at 5:48am PDT

The multi-level layout had moving parts to open the croc's mouth, a ramp, tunnel, a playable tee-off point and a nice green.

View this post on Instagram
I may have got a little carried away with the build for today’s @filwoodfantasticminigolf inaugural diy hole building competition. Chuffed to take the win with our entry, The Novers Gnasher! A run down of the materials used: The shell of the croc was from our neighbours old To Let sign and covered with an old yoga mat. The hand crank is from some random screws, bottle tops and left over wood from a garden project. The ball goes through the crocs mouth Into a cardboard tube before travelling down a 2 metre slope, through an old drainage pipe (to slow the ball down), arriving on finishing green. The only cost was £1 for the hinges in the crocs mouth! #lockdownproject #minigolf #knowlewest #diygolfcourse
A post shared by The Gurt Life (@thegurtlife) on Jul 25, 2020 at 12:02pm PDT

We're looking forward to seeing the creation scaled-up and included in the full-size Crazy Golf course being built at the Filwood Community Centre later this year.

Posted by Richard Gottfried at Monday, July 27, 2020 No comments:

The Simpsons art on an ice cream van

We spotted an interestingly decorated ice cream van in Cheadle on Friday.

It's not the first time we've seen The Simpsons on an ice cream van - we saw this one in Leeds and another in Cheadle Heath.

I'm missing being out and about in Manchester. Every time I have a wander around the city centre I spot a new piece of street art.

Looking through my snaps from previous walks round town I spotted this Little Thief sticker by GRW82 Greatt Whyte. 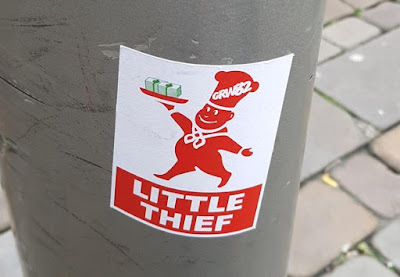 Posted by Richard Gottfried at Tuesday, July 21, 2020 No comments:

Putting at Home with the Filwood Fantastic Mini Golf Club

We found out about the Filwood Fantastic Mini Golf Club in Knowle West, Bristol last month and have joined the club's Putt Party online events. 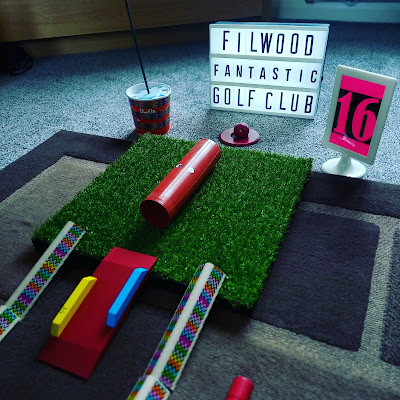 Members of the club have been designing and making their own crazy golf holes using a wide-range of materials. The 16 households are putting the finishing touches to the layouts ahead of a competition to declare the best design this coming Saturday. Emily and I are really looking forward to being guest judges at the event. We've seen some superb designs so far.

Posted by Richard Gottfried at Monday, July 20, 2020 No comments:

Itchy & Scratchy on the Fallowfield Loop

Spotting some Itchy & Scratchy graffiti on the Fallowfield Loop in Manchester.


We spotted this superb street art by Good Life while out on a walk along the Fallowfield Loop.


It's always fun finding Simpsons-inspired artwork while out and about. Last year we saw this nice piece in Newcastle upon Tyne. 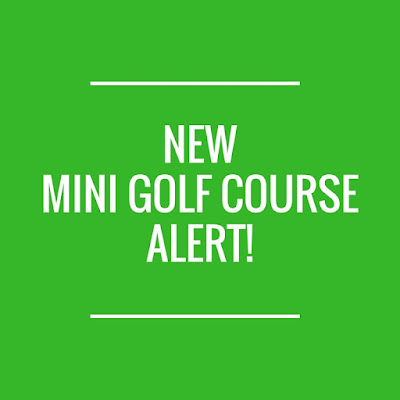 A new home-based minigolf club has been created ahead of the building of a brand new minigolf course in Bristol.

Many thanks to our friend, minigolf rival and Midlands Minigolf Club team-mate Kevin Moseley for letting us know about the new minigolf club and course near him in Bristol.

The Filwood Fantastic Mini Golf Club has been set-up by artist Megan Clark-Bagnall to introduce fun and creativity during lockdown.

It's brilliant to see another example of competitive isolation during the pandemic. We've loved seeing all of the different Putt At Home activities taking place around the world while people haven't been able to get out to play.

We're looking forward to following the progress of the club and playing the course on our Crazy World of Minigolf Tour. 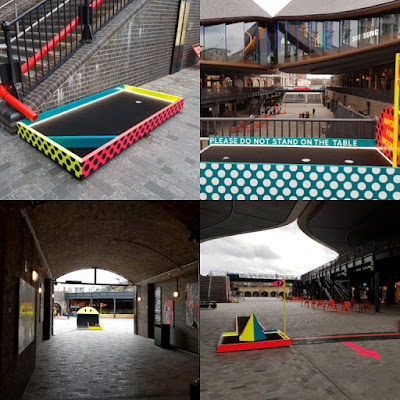 The out-of-home part of our Crazy World of Minigolf Tour is currently paused by the coronavirus pandemic.

The 948th, and last new, course visited on our Crazy World of Minigolf Tour was the CLUB GOLF pop-up at Coal Drops Yard in King's Cross, London. 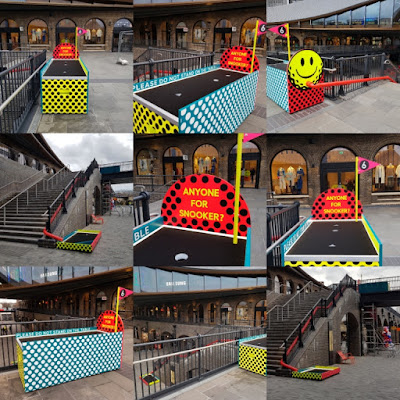 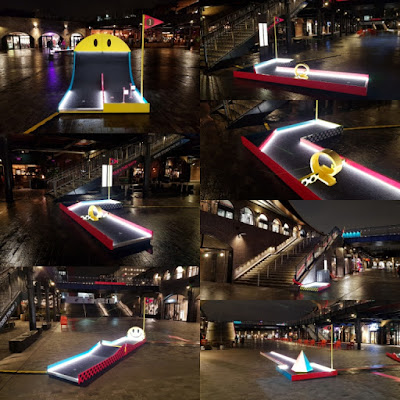 Posted by Richard Gottfried at Tuesday, June 02, 2020 No comments: 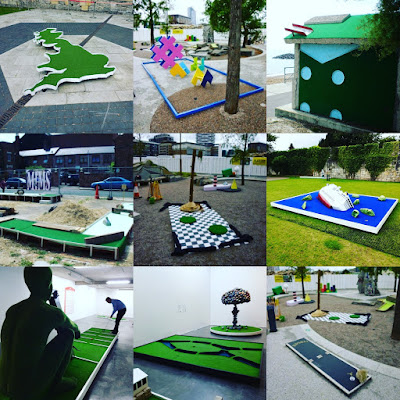 We've seen the worlds of art and minigolf combine a number of times over the years. 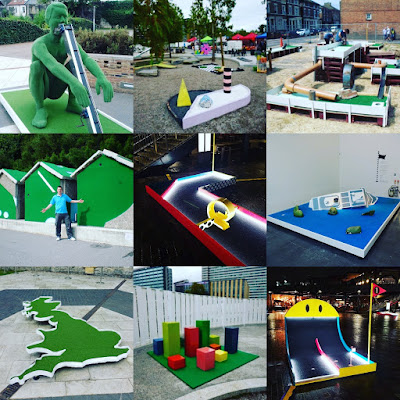 A relatively new term for this combination is 'artainment' - where art and entertainment mix to immerse visitors to an exhibition, gallery or installation in an interactive experience. 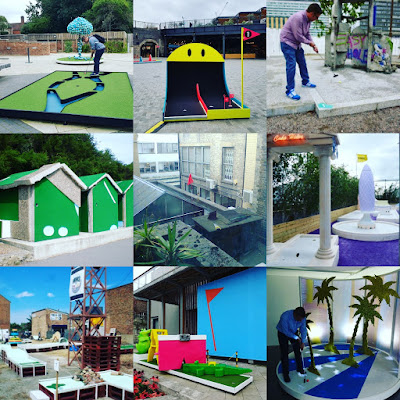 It'll be interesting to see where the next art-based minigolf course we play is when the coronavirus pandemic is over.

Related blog posts:
- Art
- Artainment
- Artainment and the world of minigolf
Posted by Richard Gottfried at Wednesday, April 15, 2020 No comments: