A look at the Beton Concrete minigolf course at Tantogårdens Bangolf in Stockholm, Sweden.


In June 2011 Emily and I traveled to Stockholm, Sweden to play for Great Britain in the WMF Nations Cup international minigolf tournament played at Tantogårdens Minigolf at Tantolunden Park. 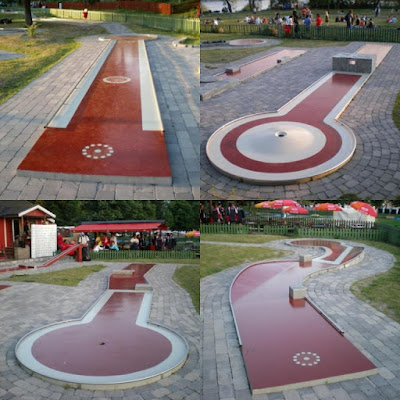 The Beton course was the 250th we played on our Crazy World of Minigolf Tour.
Posted by Richard Gottfried at Monday, April 27, 2020