The Beton Concrete Mini Golf layout was built in 1955. You can find it at MGC Traben-Trarbach.


In 2018 my brother Christopher was on a cycling trip in Luxembourg and Germany and spotted a minigolf course in Traben-Trarbach. That one was an Eternit Miniature Golf layout. 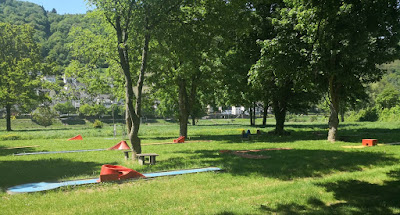 He did see a Beton Concrete Mini Golf course while in Zeltingen-Rachtig. 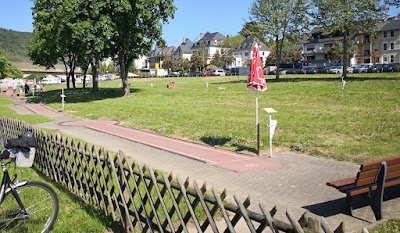 
Paul Bongni standardised the game with the Beton type of minigolf courses in 1953. The first Beton course was opened in Locarno, Switzerland.