To mark the occasion I might eat a miniature Scotch Egg in the garden washed down with a glass of fizzy orange before getting stang off of a bee and then going indoors.


Back in May 2009 Emily and I actually helped set a Guinness World Record for the Largest Picnic ever in the UK. Over 8,300 people took park in that effort. 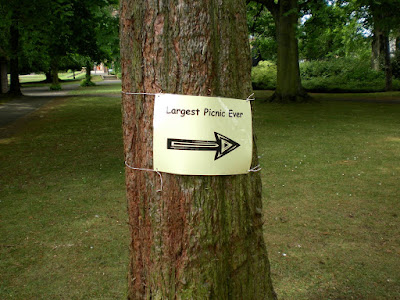 The previous holder of the Guinness World Record for "The Largest Picnic across multiple venues" was Tenerife, Spain which set the record with 8,000 picnickers in 1999.

Looking at other picnicking records the Largest Picnic ever was held in June 2009 when 22,232 people gathered in Lisbon, Portugal.