A look at the Swedish Felt Minigolf course at the Askoe Wien Wasserpark in Vienna, Austria. 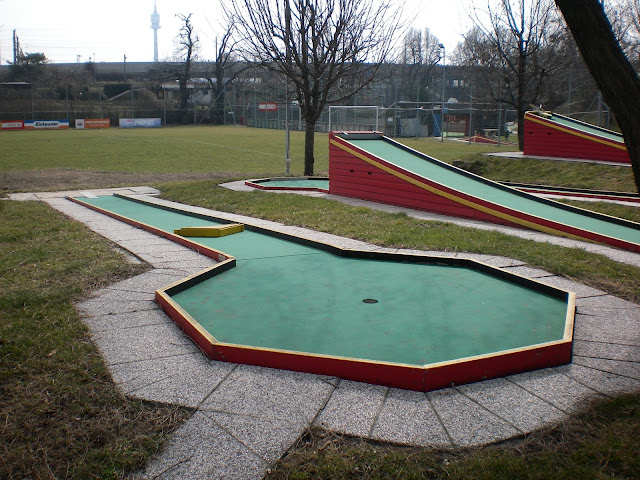 In March 2010 I visited the Askoe Wien Wasserpark in Vienna, Austria and got to play one of the toughest - and longest - Swedish Felt Minigolf courses in Europe. 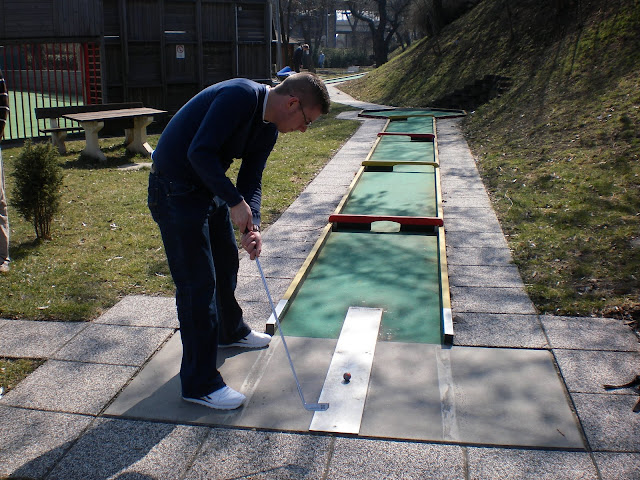 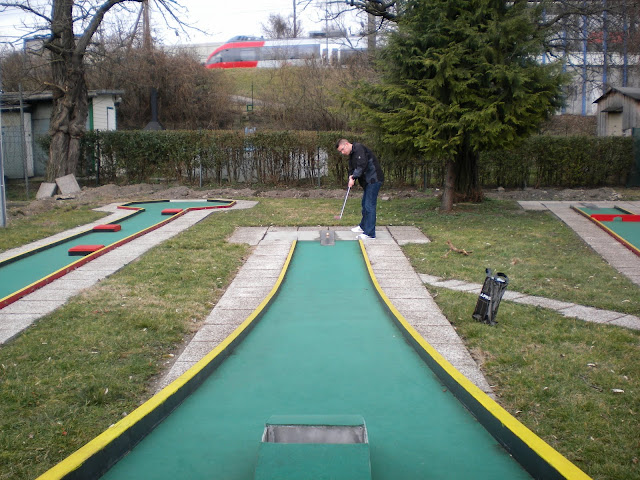 The layout was the 163rd course played on the Crazy World of Minigolf Tour. 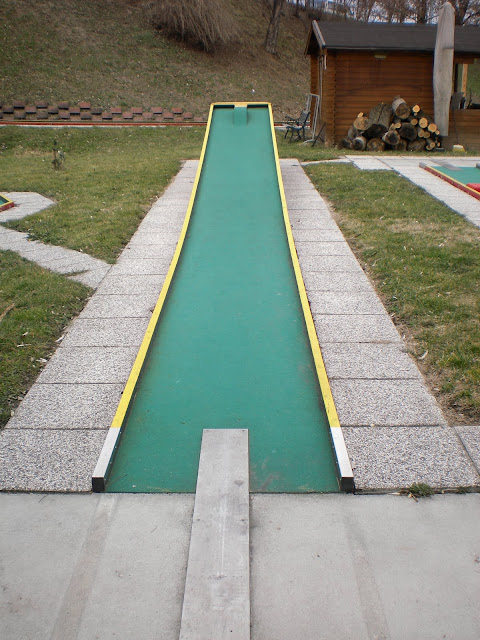 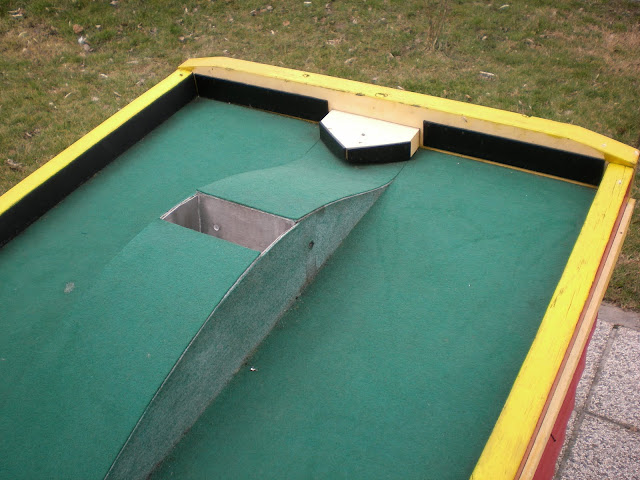 
The Askoe Wien Wasserpark was also the first place I spotted a Pit-Pat course (a cross between Billiards/Pool/Snooker and Minigolf!). 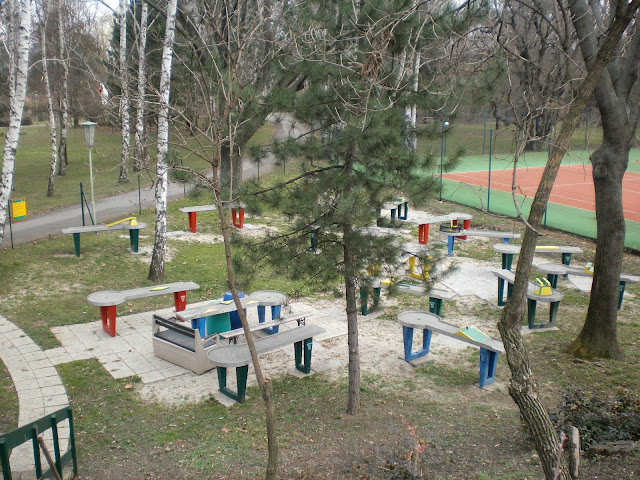 
On this day in 2013 it was Minigolf Tag (Minigolf Day) in Austria. The event was organised by the Austrian Minigolf Federation (Österreichischer Bahnengolf-Verband - OBGV).

Each year around 550,000 Austrians (15% of the country's population) play Miniature Golf.