The Landmark 50th Minigolf Course visited and played on the Crazy World of Minigolf Tour was the Beton (Concrete) Miniature Golf course at the Manse RG Club in Tampere, Finland where we played for Great Britain in the 2008 Nations Cup competition. 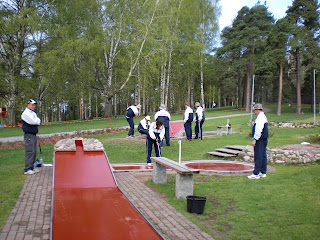 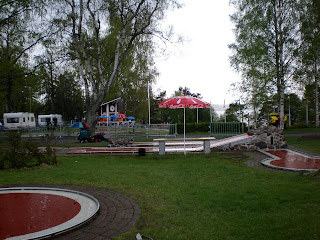 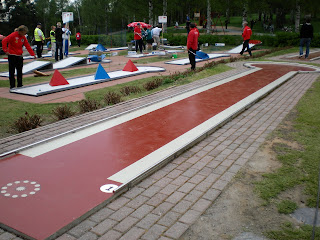 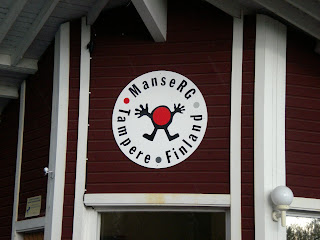 While in Tampere we also played the Eternit (Miniaturegolf) course (in the Nations Cup itself), and the Swedish Felt (Felt Golf) course at the Manse RG course.

On the 9th May 2009 five members of the 2008 Nations Cup squad played in the first Tampere Reunion Classic competition at Wroxham Barns, Norfolk.