A look at the Blockbuster Video Express store in Colne, Lancashire. 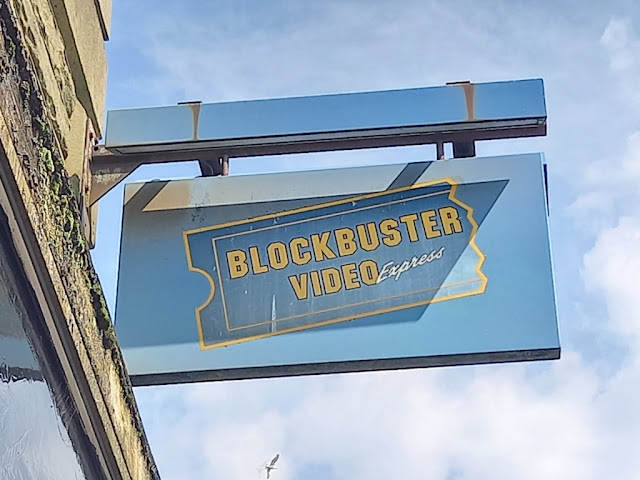 Since our out-of-home minigolfing adventures have been somewhat curtailed by the coronavirus pandemic I've needed to scratch my exploring and collecting itch somehow. During the first nationwide lockdown we spent our daily outside exercise time walking around the Metropolitan Borough of Stockport where we managed to visit and photograph every one of the 265 pubs, bars and clubs in the area.

My next mini 'tickable list' urban exploration challenge taps into my interest in ghost signs, shops, retail marketing and old brands. Ever since I found the remnants of the Blockbuster Video store in Fallowfield, Manchester last October I've been amazed to see the brand still has a lingering presence in other places too. 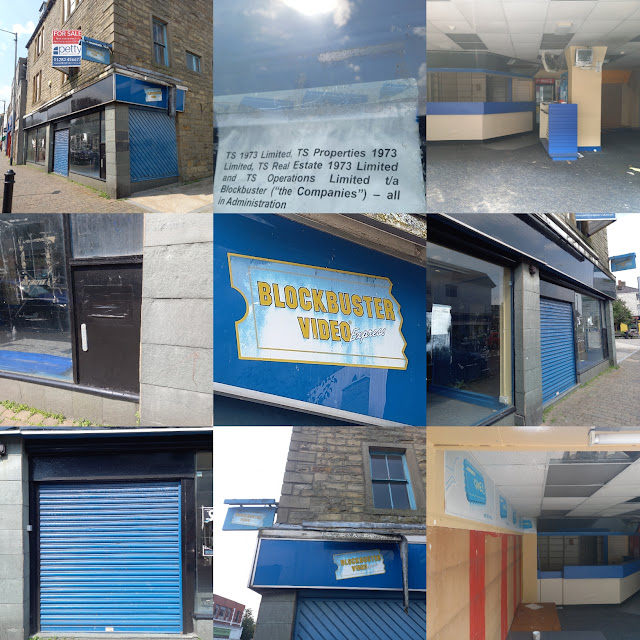 My old local Blockbuster was on Park Street in Luton, Bedfordshire and while it is long-gone I still remember the amount of time I spent in it when I was a student. I built up quite a collection of big-box ex-rental VHS tapes from there in the early noughties.

Blockbuster ceased operations in the UK in December 2013 so it's amazing that there are still clearly visible remnants of the brand on the high street and on retail parks almost seven years later.

I remember going to the Ritz Video shop on the Peachcroft Estate in my home town of Abingdon, Oxfordshire back in the late 80's and early 90's. That store became a Blockbuster and I rented some classics from there back in the day. Check out this post from the excellent Abingdon Blog to see a photo of the shuttered shop in 2014.

Blockbuster Video Express stores were somewhat smaller than regular Blockbuster shops. Although all of the stores expanded to include video game rentals. Old signage for the games area has been clearly visible on both the Fallowfield and Colne stores I've been to.

In 2013 there were over 500 Blockbuster locations in the UK. Throughout that year the number dwindled until October when only 264 shops remained. On the 16th December 2013 all stores ceased operations. 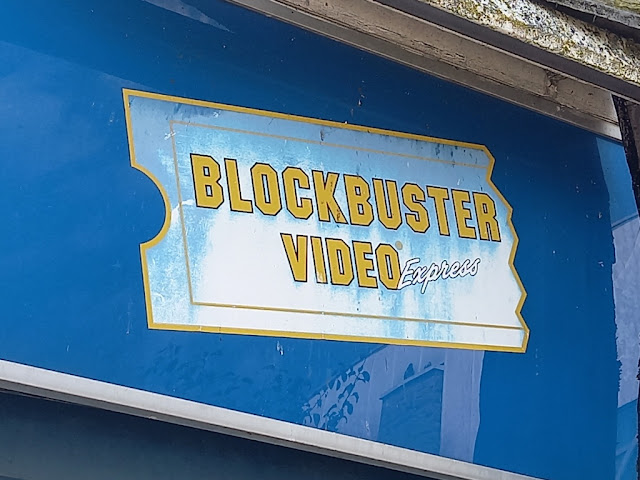 While looking online for nearby places to have a wander during the local lockdown here in the north west I stumbled upon the Blockbuster Video Express in Colne, Lancashire.


It's crazy to see the store in person as Colne's main street is quite a busy thoroughfare and the prominently positioned Blockbuster was the only empty shop we saw in that particular part of the town.

Last month my friend and fellow blogger Mark Routh kindly sent me some super snaps of the old Blockbuster Video Express store in Westcliff on Sea, Essex. I'm looking forward to seeing it in person next time I'm down that way.

The very last Blockbuster Video store in operation is in Bend, Oregon, USA. We were planning a holiday to Portland this year and would've called in to the store on the trip.

Hopefully it'll still be there when it's once again safe to travel to the USA.

Other lasting signs of Blockbuster

We've seen other remnants of Blockbuster Video on the former Blockbuster Video Express store in Marple and the regular store in Cheadle Hulme. Back in 2013 we also saw the old store in Hastings had been converted into a shop called Bookbuster.

If you know of any other Blockbuster stores or branding still visible do let me know.

Interestingly there is a 'Blockbuster' storefront within another venue. You can find it at Ghetto Golf at the Custard Factory in Digbeth, Birmingham.

We've seen traces of a number of old and defunct brands that were big in the 80s and 90s on our travels around the country.

These have included Woolworths in Stoke-on-Trent, Woolworths Big W in Edinburgh, Kwik Save in Barrow-in-Furness, Blockbuster Video in Fallowfield, Tandy in Hitchin, RadioShack in Lytham Saint Annes and Toys R Us in Ancoats and Warrington. I also recently took a look at the Happy Eater restaurant chain.
Posted by Richard Gottfried at Monday, August 10, 2020