Views of the old Toys R Us store at the Central Retail Park in Manchester. 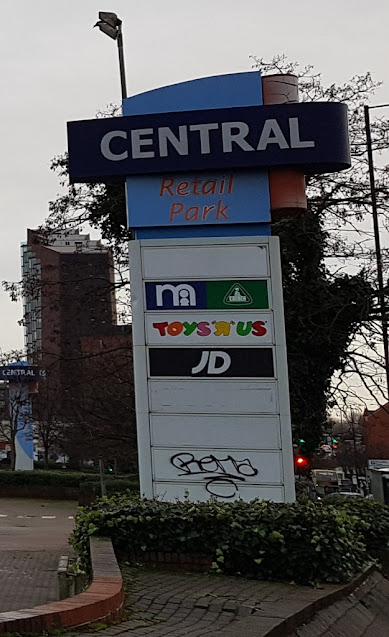 I took a look at the old Toys R Us store at the Central Retail Park in Ancoats, Manchester just prior to it's demolition in March 2019. 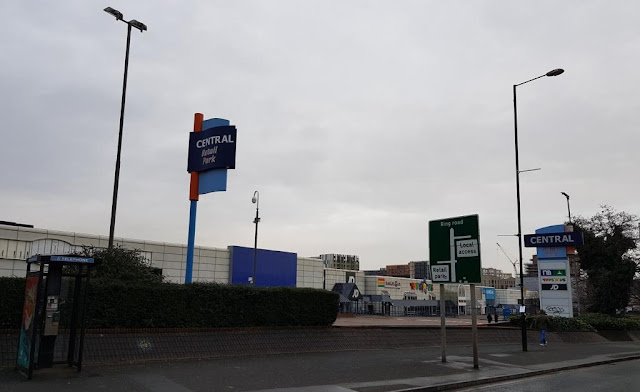 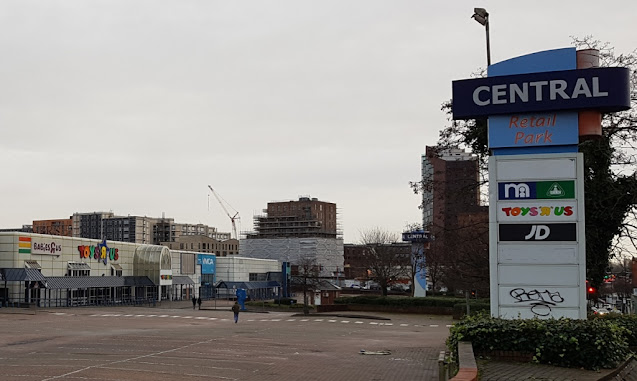 All of the stores on the site have been demolished and the area is being turned into car parking.

More photos can be found in my blog post: Toys R Us at the Central Retail Park in Manchester.

My first job while at university in the year 2000 was as one of Geoffrey's helpers at the Luton store. I worked on the video game and electronics section.

We've seen a number of other old and defunct brands on our travels around the country, including Woolworths in Stoke-on-Trent, Tandy in Hitchin, RadioShack in Lytham Saint Annes, Kwik Save in Barrow-in-Furness and Blockbuster Video in Fallowfield, Manchester.
Posted by Richard Gottfried at Tuesday, July 14, 2020