Finding out about a new minigolf course in Shanklin Village on the Isle of Wight. 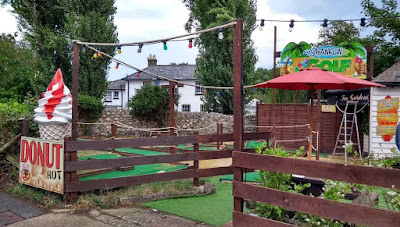 Many thanks to our friend Philip Walsh for letting me know about a new crazy golf course he found while on a recent trip to the Isle of Wight. 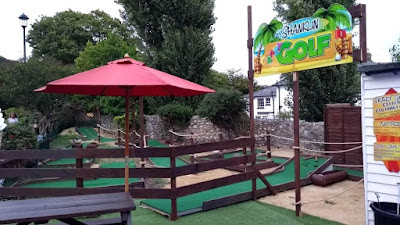 The course can be found at the ice cream/donut/slush cafe opposite the parking in the old village. The finishing touches were being put to the course when he was there so he didn't have the chance to play a round. He did however let me know that the ice cream they served was very good. 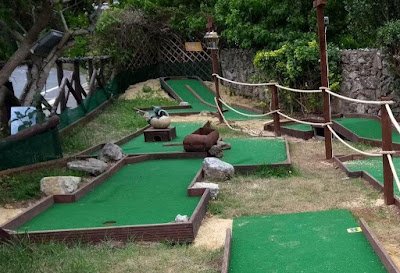 The course is a 9-hole layout and costs £3 a round.

We're looking forward to a return visit to the Isle of Wight on our Crazy World of Minigolf Tour in the future. A number of new miniature golf courses have opened since our last trip to the island.

Philip has also been to the Rylstone Crazy Golf and Tea Gardens in Shanklin and the Mini Golf course and Billiard Golf tables in Puerto Colón, Tenerife this year.