A look back at our visit to the Treasure Island Adventure Golf course at Wonderland Telford. 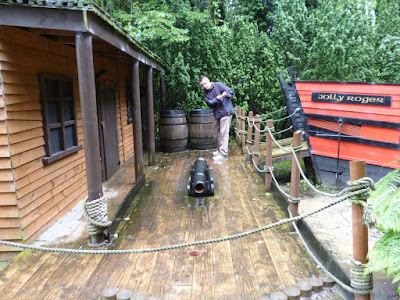 We visited the 500th course on our Crazy World of Minigolf Tour while en route to Oswestry on Friday 13th July 2012. 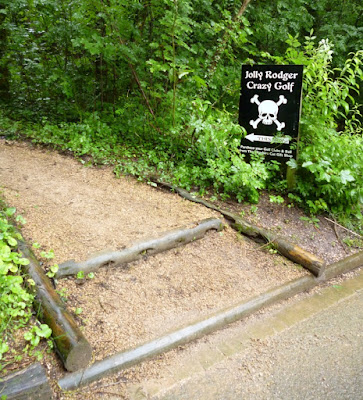 It was memorable for a number of reasons. As well as being a landmark course visit we clearly remember how bad the weather was on that day. It was tipping it down! We were the only people brave (foolish) enough to play the course. It was also one of the most unique layouts we've played as each of the holes had a different playing surface. Some were concrete, others had felt, others were wooden and some were a mixture!


The Treasure Island Adventure Golf course at Wonderland Telford became the 300th course we managed to play on our travels.

Emily won our minigolf match-up on the 9-hole course with a score of 29 to my round of 30. 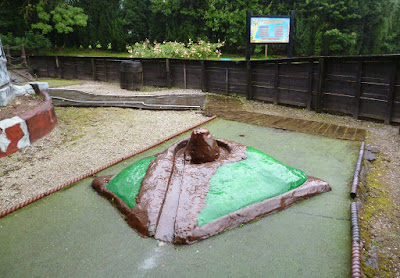 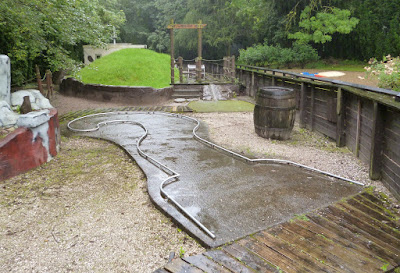 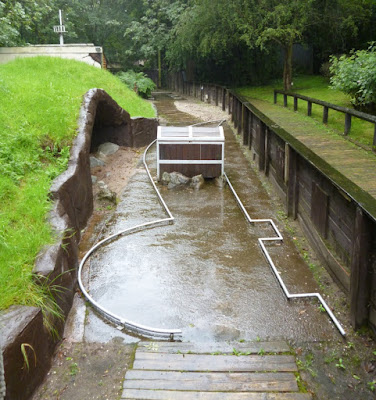 Check out the Wonderland Telford website for more information.