Toys R Us at the Central Retail Park in Manchester

A look at the old Toys R Us store at the Central Retail Park on Great Ancoats Street in Manchester.


While looking through my photos during lockdown and prompted by my recent look at the old Woolworths store in Brunstane, Edinburgh I found these views of the old Toys R Us store at the former Central Retail Park on Great Ancoats Street in Manchester.


The snaps were taken in February and March last year following the demise of the brand and the closure of the retail park.


My first job during my time at university in the year 2000 was as one of Geoffrey's helpers at the Luton store. I worked on the video game and electronics section.

Shopping at Toys R Us


It was a real shame to see the brand go under. It was always a treat when me and my brothers would visit to buy games for our SEGA Master System in the 1990s. I've still got those games, some have the Toys R Us stickers on. 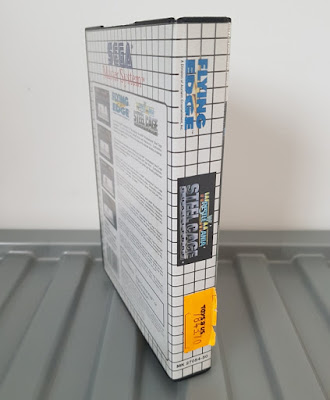 
Our travels around the country have seen us spot the remnants of a number of old and defunct brands, including Woolworths in Stoke-on-Trent, Tandy in Hitchin, RadioShack in Lytham Saint Annes, Kwik Save in Barrown-in-Furness and Blockbuster Video in Fallowfield, Manchester.

Do you have a favourite 'lost shop' from years gone by? Maybe the remains of an old brand are still visible on a building near where you live or work? Do let me know.