A look at the Eternit Miniature Golf course at Cae Glas Park in Oswestry.

There aren't too many Eternit Miniature Golf courses here in the UK and some of those that do exist have been modified over the years.


One of the best examples is at Cae Glas Park in Oswestry, Shropshire.


We first visited the course at the end of our road-trip around Wales in 2009. It was the last course we played on the trip and the first one after crossing the border back into England. 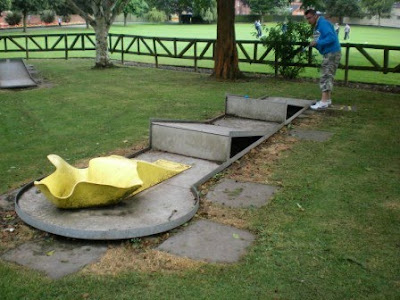 We returned in 2012 to run the minigolf events at the Oswestry Games, aka the Oslympics. 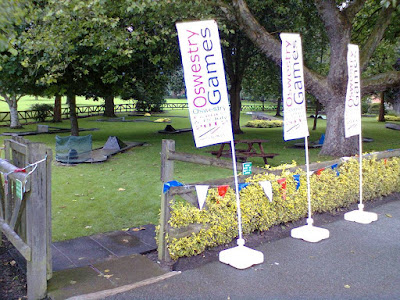 We had a marvellous time in the town as part of the sports festival. We met some great people, delivered some fun coaching sessions and competed in two superb tournaments. We were also bronze medalists in the Oswestry Games pub quiz at the Cricket Club.

When it's safe to do so we'll head over to Oswestry to see what the course is like now. 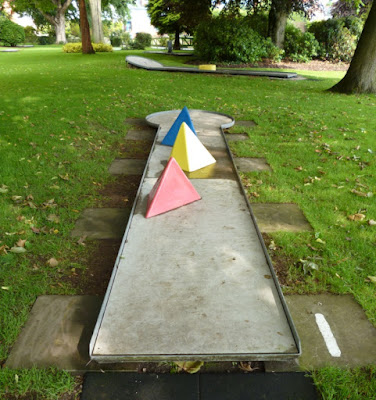 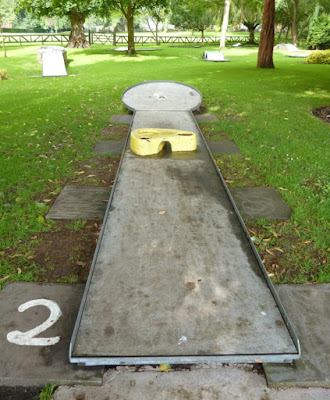 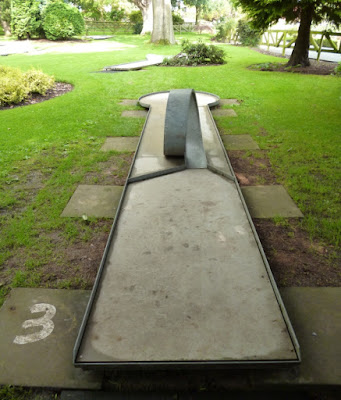 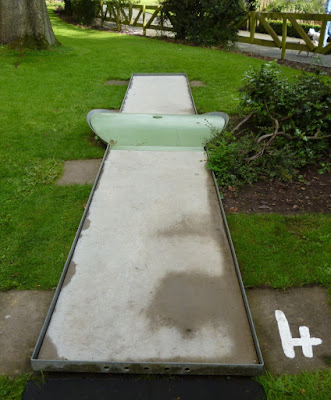 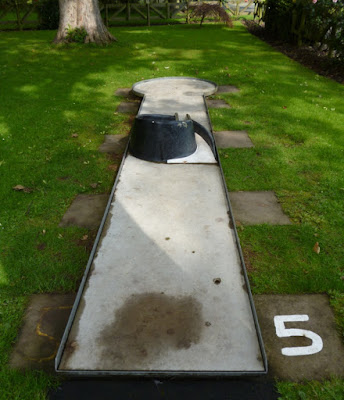 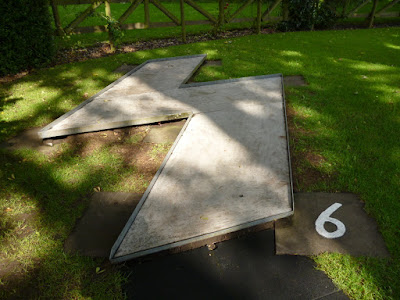 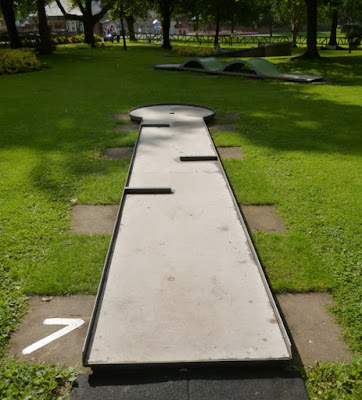 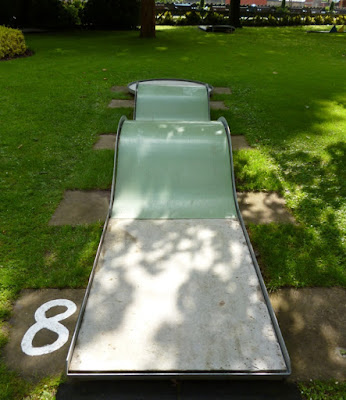 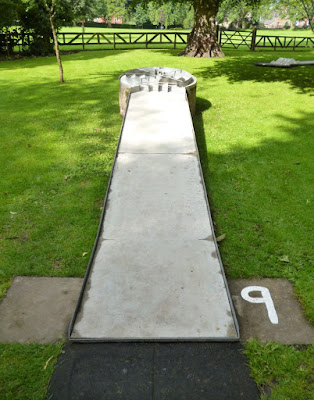 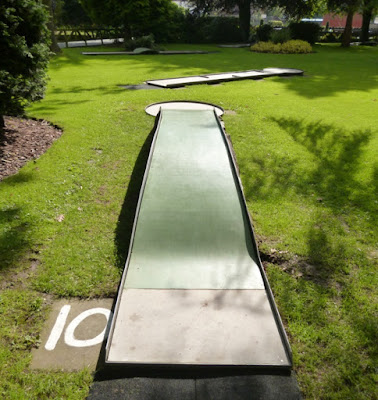 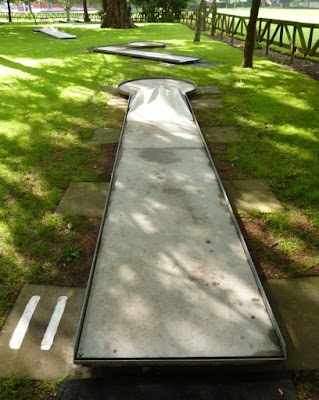 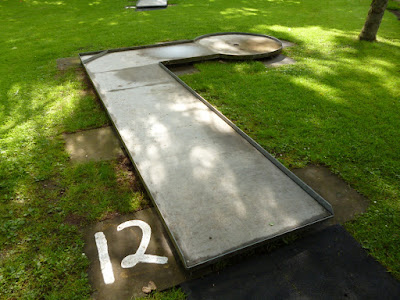 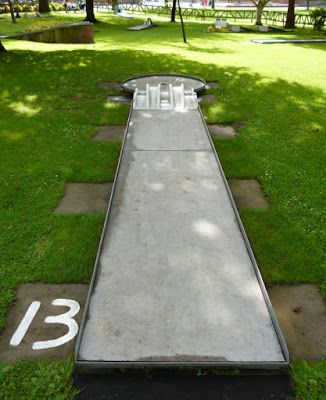 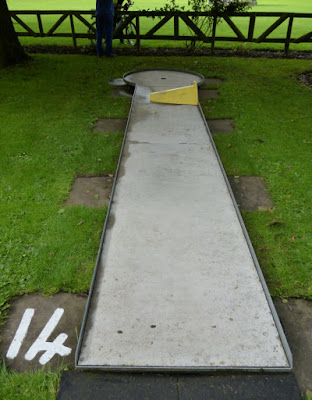 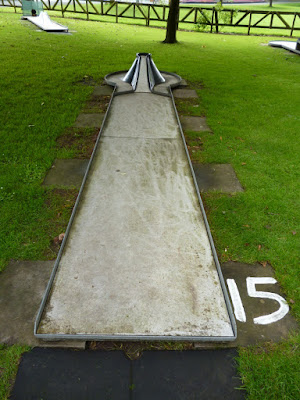 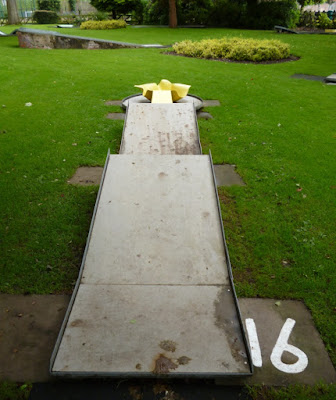 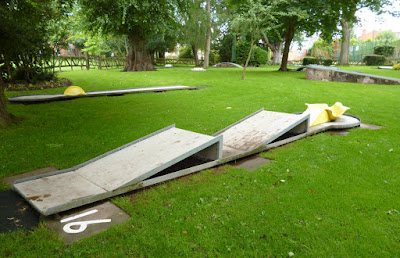 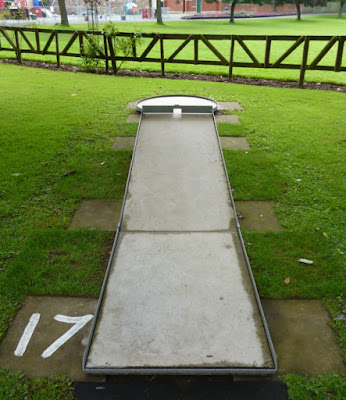 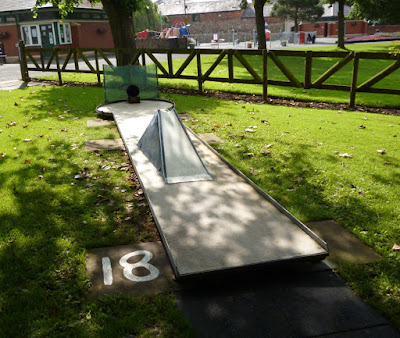