A minigolf blog from Lanzarote

A look at some minigolf courses in Lanzarote.


Emily should've been on holiday with her sister Jo in Lanzarote this week. Like many people's holidays this year the trip has been postponed until a later date when it's safe.

Luckily Jo and her husband Les have been to Lanzarote before and have sent us photos of the miniature golf courses they've played and visited there.


We've also published guest blog posts from friends who've been to the island too.

Over the years I've published guest blog posts about minigolf courses in 21 countries. 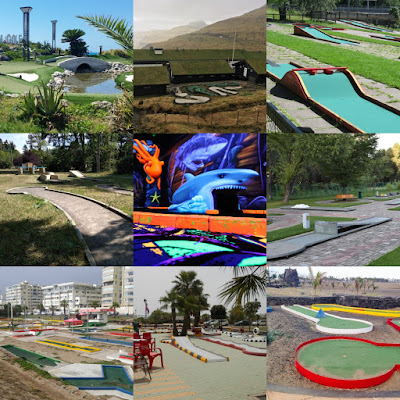 If you live near a course and would like to write about it or contribute some of your photos of it please do get in touch.

Similarly, if you're a minigolf course owner or manager we'd love to hear from you.

A new minigolf course from Spain

While a lot of the world is in lockdown people have been 'Putting at Home', creating their own crazy golf layouts and playing minigolf board games.

The team at Plakks have also taken the time to launch the new Pitch & Plakks indoor minigolf game.