A look back at the Golf Apocalypse crazy golf course in London.

As we're in the midst of a pandemic I thought it'd be interested to look back at an apocalypse - the Golf Apocalypse crazy golf course from 2012. 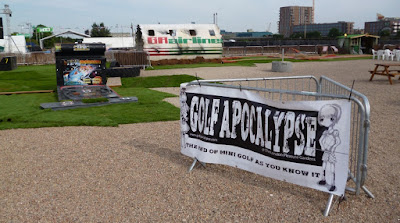 We played the Golf Apocalypse miniature golf course back in August 2012. The layout had been created as part of the London Pleasure Gardens, an area set-up to tap into the passing trade between the DLR and the London 2012 Olympic Games at the ExCel centre. 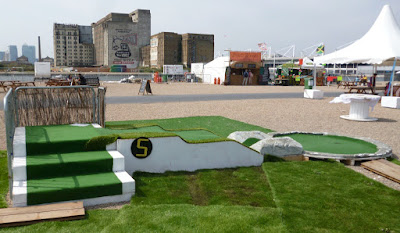 The layout contained all manner of strange minigolf obstacles and we found ourselves playing through the fuselage of a crashed aeroplane, around a pinball machine, a snooker table and into a volcano.

The pop-up miniature golf course was the first to use reclaimed materials in its construction. Something that has become commonplace these days and we've seen and played a number of funky, junky, scrap, ghetto, trash, garbage, graffiti, wreck and art-based courses since.

In our minigolf match-up Emily picked up the win with a score of 25. I was second with 26, with Gareth Holmes third with 27 and Alan Norman on 28.

The course’s designer and owner, Dave Lovatt, was also responsible for the 9-hole Crazy Golf course that staged the Welsh Open Crazy Golf Championships as part of the Newport Big Splash Festival in 2010. Following the 2012 pop-up in London the course moved on to Bristol.


Our challenge match with Dave went to a sudden-death play-off between Dave and Alan after both players had shot rounds of 22. Dave picked up the win on the deciding hole to take the title. I had finished on 24, Gareth had a 25 and Emily had shot a 29.

The 9-hole Golf Apocalypse course was the 304th course played on our Crazy World of Minigolf Tour. 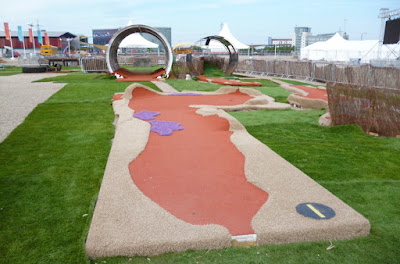 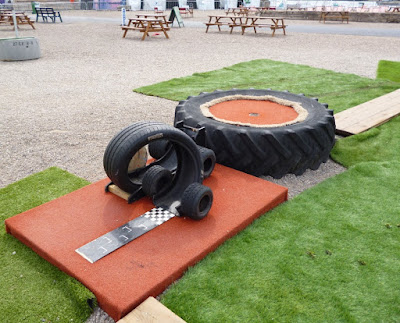 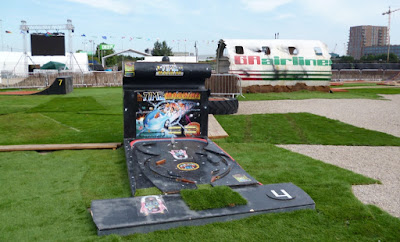 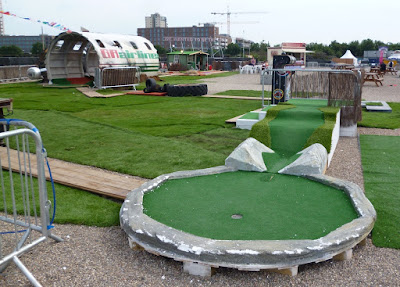 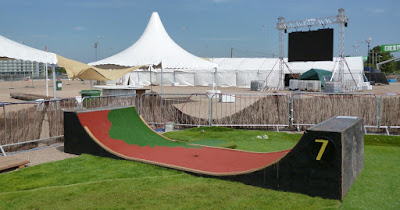 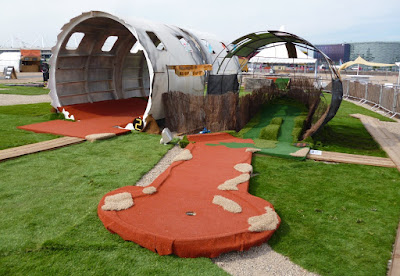 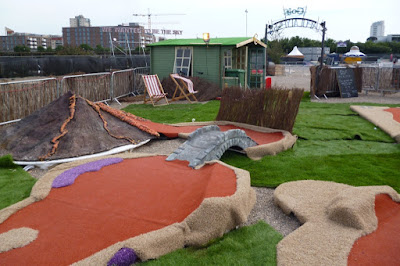 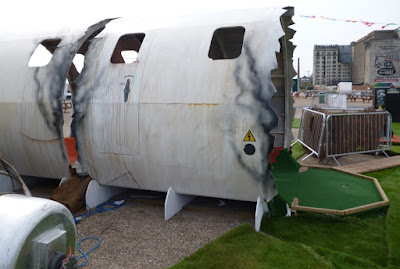 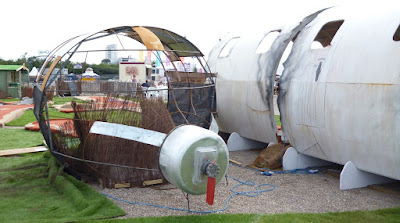