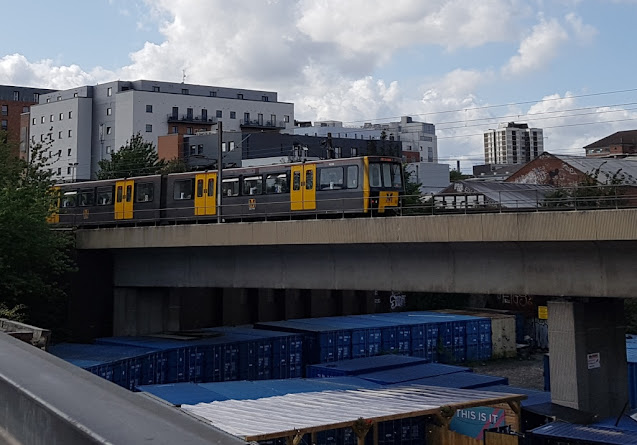 The The Tyne & Wear Metro system opened on this day in 1980. The network was opened in stages between 1980 and 1984 with the trains running on a mixture of old railway routes and new track to bespoke stations.


The first route to open was Haymarket to Tynemouth.

We were in Newcastle and Gateshead for the World Transplant Games last year and while in the area went Space Invader hunting. Three of the mosaic tile pieces by the French street artist Invader can be found at Gateshead Interchange Tyne & Wear Metro station.