On Monday 4th April 2011 I headed to the Rocks Lane Multi Sports Centre in Chiswick, London to visit and play the 9-hole Crazy Golf course at the centre.

The Crazy Golf in Chiswick was the 214th course played on the Crazy World of Minigolf Tour. 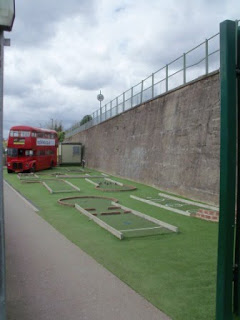 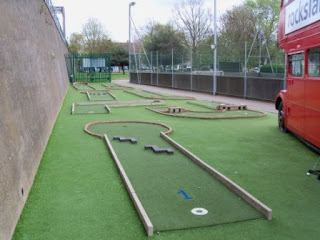 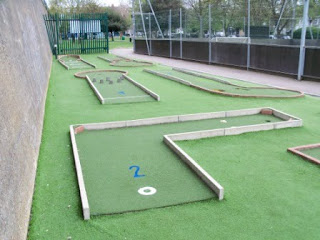 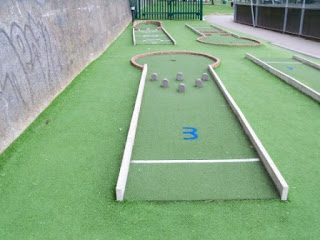 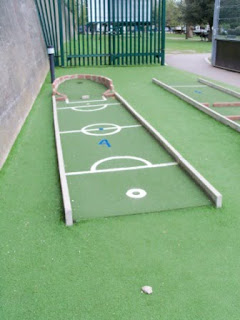 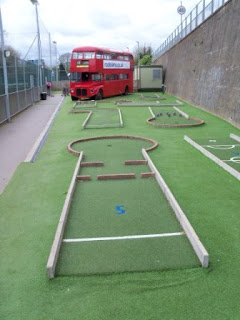 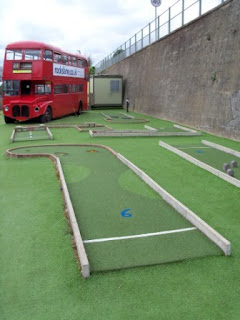 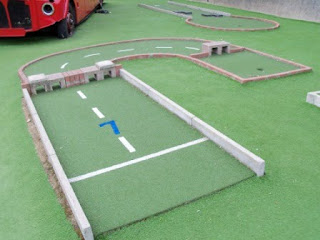 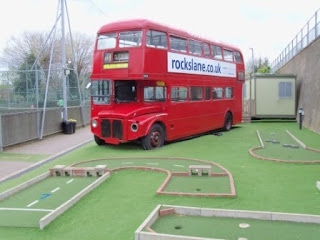 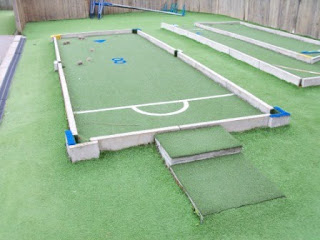 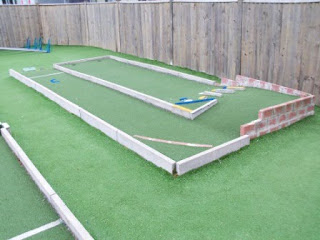 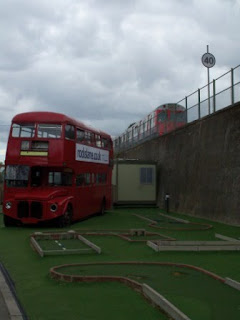 Quite unmissable in the course layout is the London Bus! A first on a course I've visited!

looks like a very fun and creative course! Would love to see more themed courses like that these days.

What else could be added to a minigolf course regarding theming, along the lines of parking an old London Routemaster Bus slap-bang in the middle?

A Submarine for an Aquatic Themed Course!

I once Putted through a Whale in Scarborough.