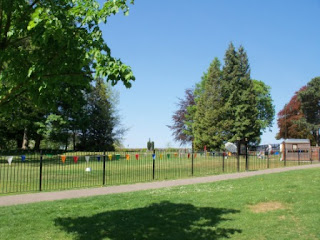 After round one Simon 'Practice' Hall did the unthinkable, and led the event by one shot, and in the process defeated his Minigolf 'Mentor' the 'Squire' for the first-time in a round of minigolf. Simon scored a 24, to Richard's 25. 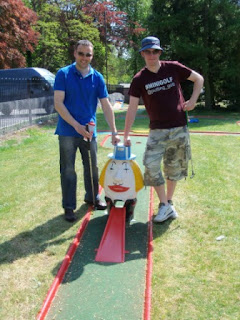 Round two got underway on hole three, with Hall hitting an Ace, just as Emily had in round one. However Simon marked his card with a few too many threes and eventually finished with a score of 50, with Emily on 54 and Richard on 48 to steal a victory on the pleasant Bank Holiday Monday afternoon. 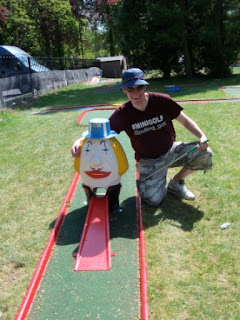 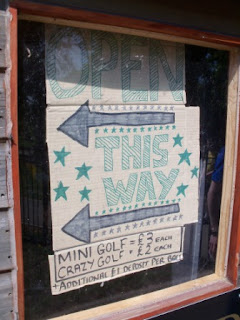 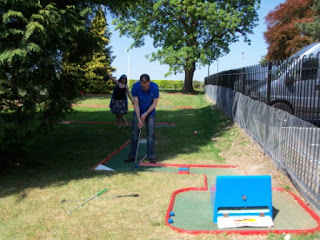 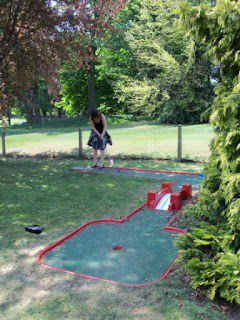 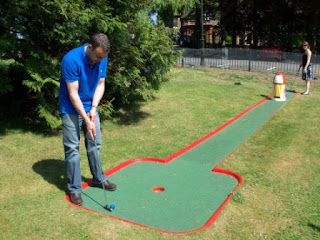 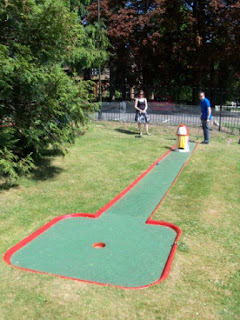 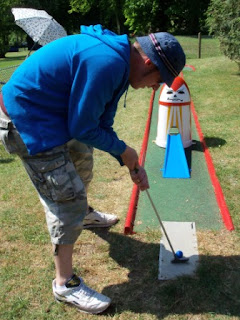 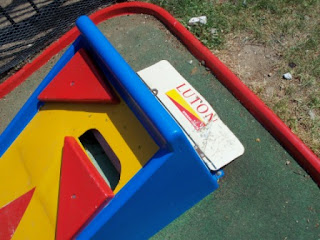 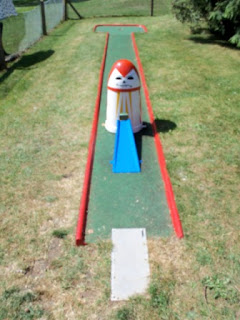 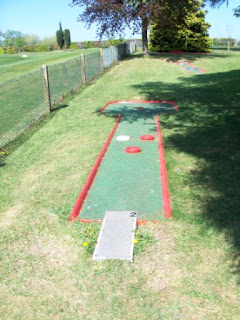 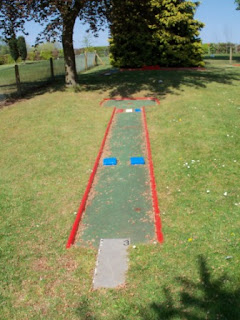 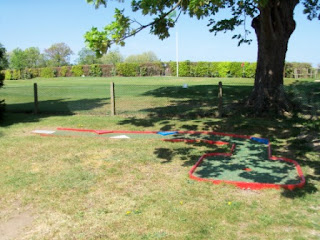 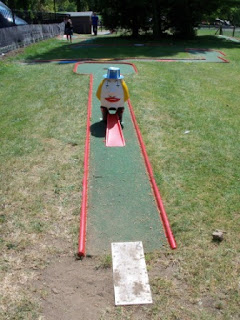 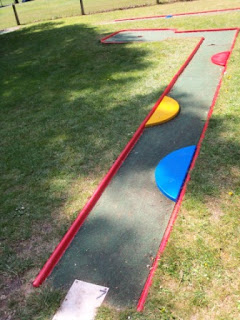 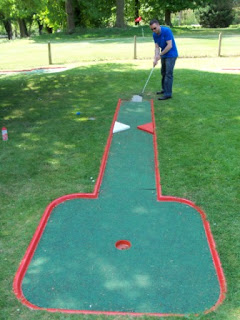 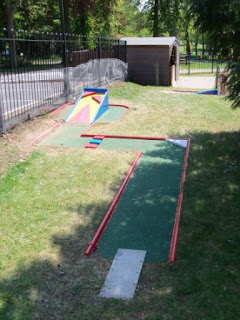 It was good to return to the Wardon Park course after an absence of over 15 years.

The holes were in need of some maintenace with peeling felt and plant debris affecting accurate play.

An enjoyable match and I look forward to playing there again, and also trying the pitch & putt course.