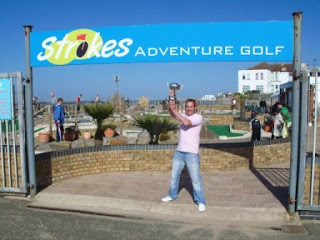 Paul ‘The Overtaker’ Johnson was in the pink on Saturday 9th April 2011 as he landed his first-ever minigolf Scrap Iron Cup win, with a 2&1 victory over Seth ‘Clockwork Orange’ Thomas at the 18-hole Strokes Adventure Golf course in Margate, Kent.

'Squire' Richard Gottfried was unable to retain the Scrap Iron Cup, and was defeated by Johnson at the first hole of the sudden-death play-off, after both players had scored 29(+5) in the 12-hole Strokeplay first-round. Seth ‘Clockwork Orange’ Thomas qualified for the final with a round of 28(+4).

New Scrap Iron Cup Champion Paul Johnson was understandably tickled pink by his victory, which comes at the ninth attempt, and after three previous appearances in the final.

A play-off was required between Paul Johnson & Richard Gottfried to decide the second finalist. This was played on the 13th hole of the Strokes Adventure Golf layout, and was decided on the first extra-hole as Gottfried hit a three while Johnson scored a two. 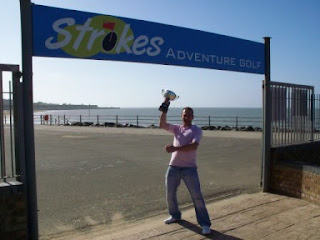 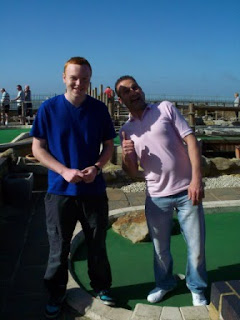 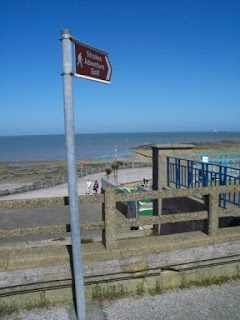 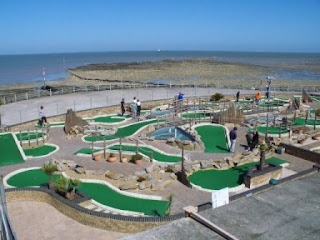