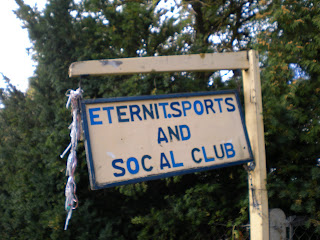 Driving to Kingsway Golf Centre in Melbourn to visit the Himalayas Putting Course we drove through Whaddon (itself home to a Crazy Golf course), and equi-distant between the two we found the "Eternit Sports and Social Club"! 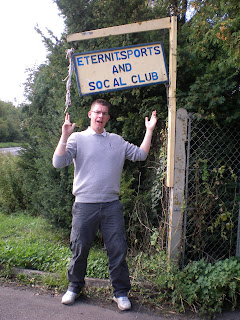 The Miniaturegolf format of the sport of Minigolf is often called 'Eternit' as the primary construction material that makes up the course is Eternit. Miniaturegolf is a type of course most often found in Europe. On our Crazy World of Minigolf Tour we played one as part of the 2008 Nations Cup competition in Tampere, Finland. We've also played some in the UK (Clacton-on-Sea, Maidenhead, Windsor, Warrington, Oswestry, and West Bromwich), and visited a couple of others that were closed (Colchester and Vienna) and recently a visit to Pontypool Park in Wales turned up a demolished one.

Unfortunately, looking at Google Maps for the Eternit Sports and Social Club it doesn't seem like there is any Minigolf there.