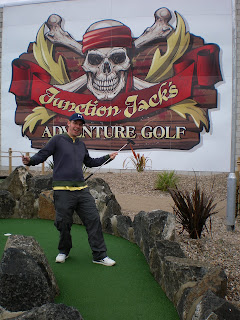 On the 31st July 2010 we played at our first minigolf course in Northern Ireland, when we made a visit to the 18-hole Pirate Themed Junction Jack's Adventure Golf in Antrim.

The course has some great theming and effects, along with some excellent music, which helps create a fun playing atmosphere. 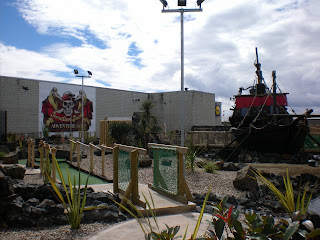 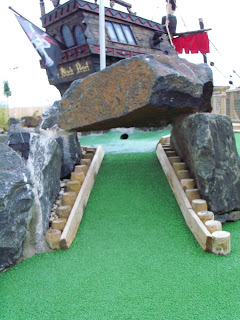 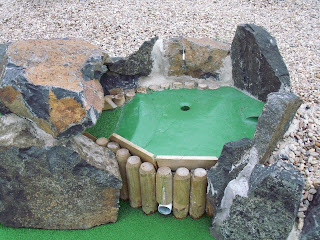 Results and Report from the 2010 NIBBAL-IT Minigolf Competition.

The course is a BMGA Affiliate course which means you can receive a discount when you play there. 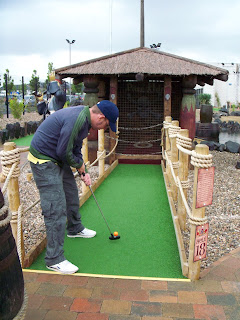 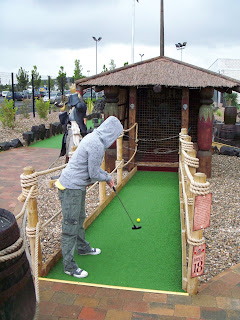 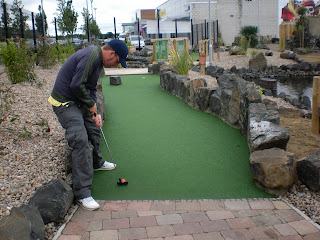 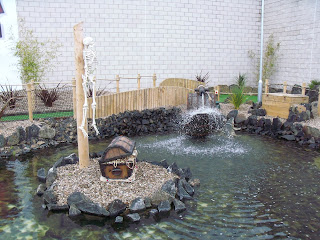 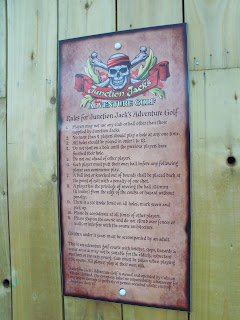 You can check out the Junction Jack's Adventure Golf website at http://www.junctionjacks.co.uk/
Posted by Richard Gottfried at Monday, August 02, 2010