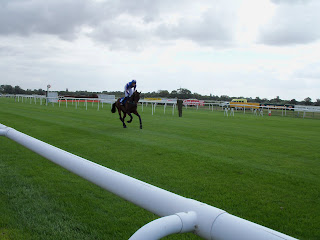 On Bank Holiday Monday 30th August 2010 we visited Huntingdon Racecourse in Cambridgeshire for their Bank Holiday fun day event. Not only was there some great horse racing action, but there were a number of Guinness World Record attempts taking place - including World’s largest group of jockeys in a car, World’s largest group of John McCririck look-a-likes at a racecourse and the World’s greatest number of faces painted by an individual in one hour.

The Guinness World Record attempt that we were interested in though, was the attempt to break the record for the UK's longest Conga line!

The record is currently held by Manchester, with 1,500 people Conga dancing to the Black Lace Classic song.

Unfortunately, despite there being 4,523 people in attendance at the races, only 183 people bothered to Conga!? I was Conga-er number 16, Emily was number 15. It was still great fun, and the Conga is such a great Party-tune. 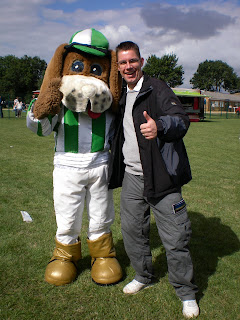 Huntingdon Racecourse and the event - in aid of Racing Welfare - was a great day out, at a not too unreasonable price. The event was also great for Emily as she won on the two horses she picked for a flutter in the first two races! 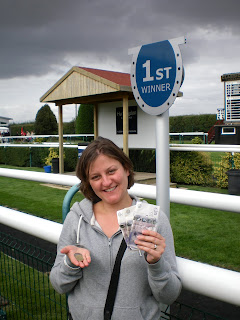 As an added bonus, the Racecourse had also put on a variety of entertainment and activities, one of which was Crazy Golf!!!

The 6-hole portable course was the 195th course played on The Crazy World of Minigolf Tour and was quite good fun, despite it's relatively small size and the type of obstacles. It was free to play and proved to be incredibly popular throughout the day. 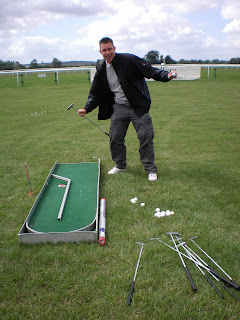 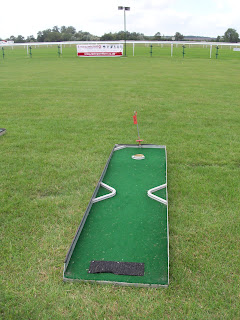 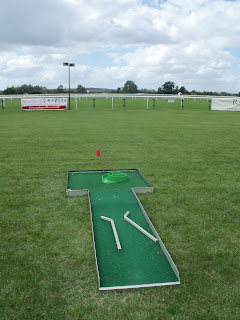 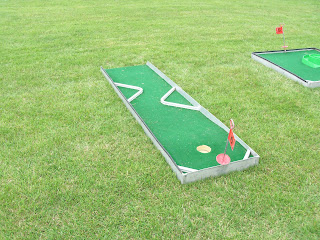 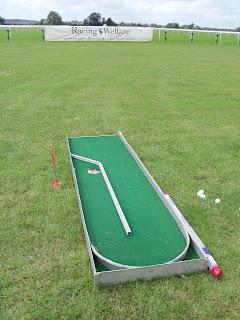 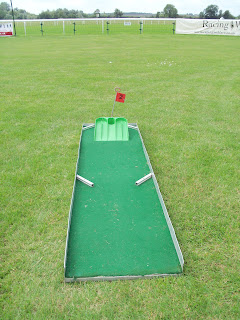 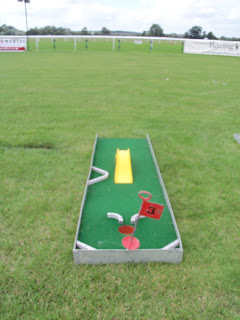 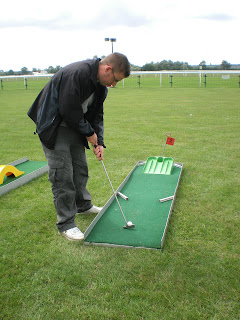 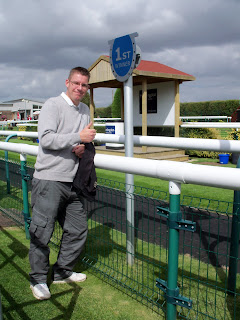