Non-courses on the Crazy World of Minigolf Tour (plus one 'not sure') - Hornchurch, Romford and Havering

While touring the UK on the Crazy World of Minigolf Tour we get to visit some great towns, cities and villages; meet some great people; and best of all play lots of Minigolf in all it's many guises.

However, on our travels we have often found that courses that should (or did once) exist are no longer there (or have very little trace of their remains). In the cases of the three courses we attempted to seek out below we found that they no longer exist: 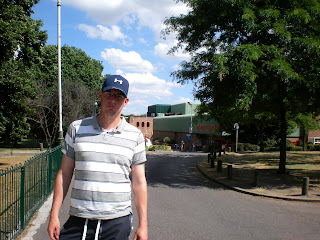 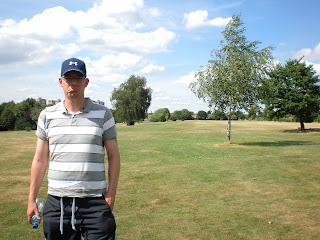 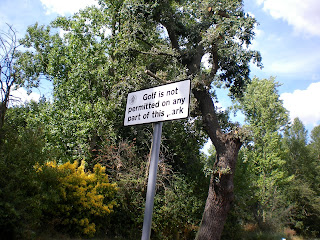 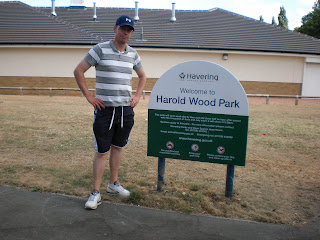 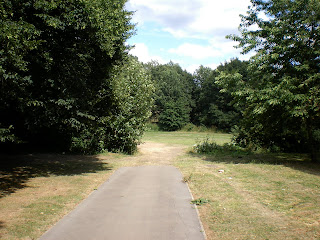 So, if you are venturing out to any of the locations in the hope of a round of Miniature Golf, it's probably best not to!

If however you're reading this and have any information on the history of the courses above do let me know?

There was also another Miniature Golf course in Havering, at Central Park, however our time touring Essex on the 10th and 11th July 2010 was fading fast and we had to give up the search.

Hmm, the one in Upminster was definitely still in use...erm, 12 years ago. I used to play there as a teenager, some years before that.

Don't know about ANY of the others you mention, however. I'm a bit confused by your reference to "Central Park, Havering". The one in Havering is in Harold Hill. (Is there a mini-golf there? Possibly, but I doubt it. too many of the locals would use golf-clubs as weapons.). The one on your map is the (very inappropriately named) Central Park in Dagenham (less rough than Harold Hill, honestly). I think there did used to be mini-golf there, but I have no idea if it continues!

Sorry not to be of greater help

Many thanks for your comment and the great information :-)

Back in July the Upminster Yellow Advertiser Newspaper had a story about the Pitch & Putt re-opening. It looked like a good little course - even through the fence and dereliction!

I'd heard via the minigolf 'grapevine' that Havering's Central Park did have a course!?

The trip around Hornchurch, Romford and Havering was rather fruitless!

Pitch and puck in upminster is still open, only on school holidays tho. (Its bigger then you think) :)

Thanks for the comment. We were in Upminster last week and noticed that it has re-opened at weekends and school holidays.

I was a regular over at Harrow Lodge Park Mini Golf Course but its heyday, when it still had someone charging you to play was a good 25-30 years ago. From the picture you've taken you'd need to walk about 200 meters more in to the park to get to the end of the front 9 and start of the back 9. If you know where you're looking you can still see the undulations from the edge of the greens on 2 or 3 holes.

It's always interesting to hear from people who played at long-lost courses.

We're found quite a few abandoned, derelict and lost courses on our travels.

Our local park here in Cheadle Hulme used to have a Pitch & Putt course and you can still see the edges of a few of the greens there too.