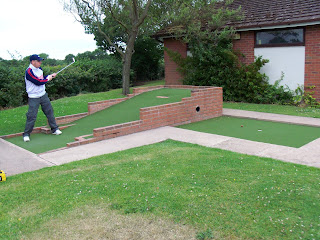 The result does mean that Richard has won a place in the Midlands ‘A’ Team for the BMGA British Club Championships later in the season. He will play alongside Chris Harding, Kevin Moseley (3rd) and Matthew Harding (4th). In 2008 Richard was a member of the team that lifted the BMGA Club Championships.

Earlier this month Richard was runner-up in the BMGA British Matchplay Championships in Worthing, and the Midlands Invitational Tournament second place is his fifth BMGA Tour Career runners-up spot.

After the tournament Richard said “Talk about snatching defeat from the jaws of victory. I’m amazed that I managed to contrive to lose, by turning a four-shot lead into a three-shot loss! On the positive side, to get another runner-up finish shows that I’m there contending for titles and I’ve now had eight top ten finishes from the ten competitions so far this season. Dorridge is a fantastic course and great tournament venue and I hope to be back there again soon.”

Last year Richard was 5th in the MIT, and in the other two MITs he has competed in he has been 3rd and 4th. 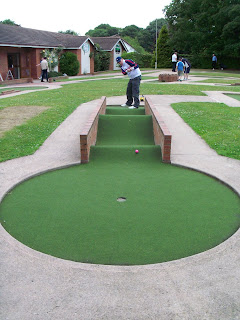 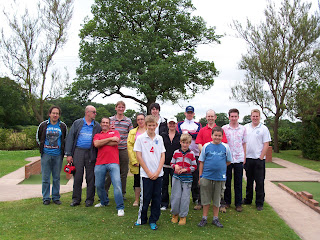 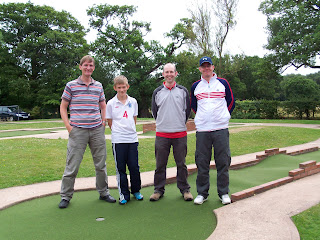 Another great performance Richard Gottfried. I know it must be a bit disappointing to keep coming second but you should remember that is better than most of us achieve! I'm sure your first season win will come fairly soon. Good to see that Kevin finally has a nickname too. Let's hope it catches on.

My Silver Collection is growing. If only those TV Adverts were 'Cash 4 Silver'!

The Luton News & Dunstable Gazette covered the MIT with the Sports News Report "Gottfried misses out in the Midlands" http://www.lutontoday.co.uk/lut/Gottfried-misses-out-in-the.6429490.jp

Tough breaks for 'The Engine' :(
What sort of felt do they have now?

The felt is UrbanCrazy stuff. Like Wroxham Barns - but not faded!

Very nice course, such a light touch needed on most holes (bar 11).