Minigolf in Southend on Sea - The Southend Classic 2010 While in Southend on Sea for a family BBQ on Saturday 10th July 2010, my young cousin Ryan Jones challenged me to a game of Crazy Golf at the 18-hole Arnold Palmer course on the seafront.

I accepted the challenge and off we went for a round!

Also playing were Emily and another Cousin of mine, three year old Ronnie Jones (caddied by his mum Elaine).

The tournament - The Southend Classic - was contested over one 18-hole round. We were the third from last group out for the night, but eventually were the last group in!

Ryan played very well and beat me on holes 2, 3, 5 and 16! He also matched me on a few of the other holes too. Another player to watch out for in the future!

Ronnie played some excellent shots too, and some were far above those I'd expect from a three year old. He was knocking in alot of good 3's and even had a hole-in-one on the 12th (when me and Ryan had a 2 each, and Emily got a 3!)

The Water Wheel hole has a very fast moving set of blades (much faster than at Hastings Crazy Golf), this makes your tee-shot even more crucial! 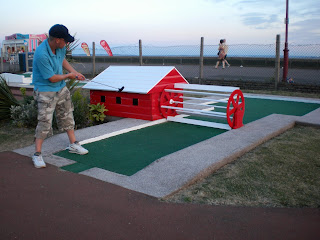 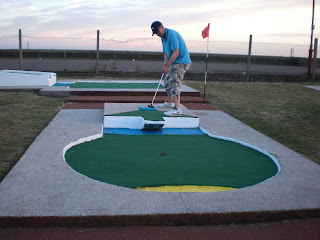 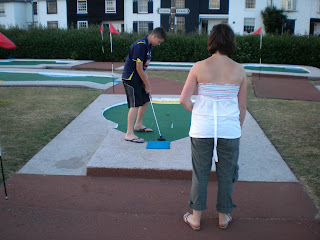 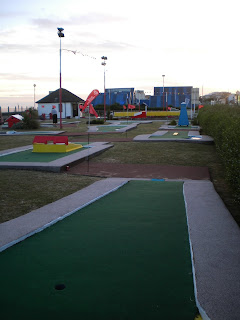 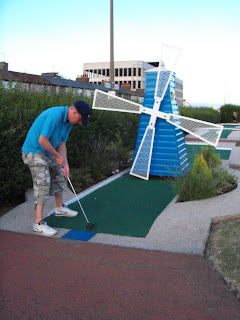 After losing my ball on the second hole (!?) I had to go back to the hut and ask for another. Wary of giving me another 'good ball' this is what I was given to use for the next 16-holes!!! Unfortunately none of us were able to ring the bell on the Top Hole. 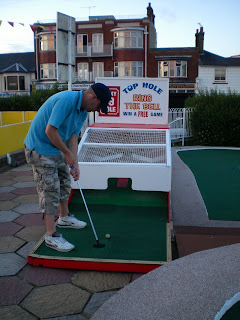 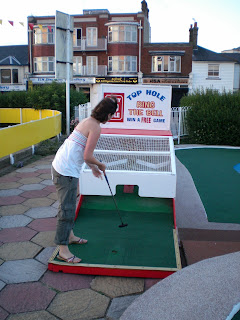 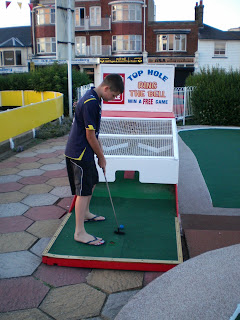 Great fun. Looking forward to another round again soon.