Ahead of the BMGA British Matchplay Championships weekend in Worthing we had heard that the town had a number of good places for Coeliacs to eat at, offering a range of Gluten Free options.

Those that we had a chance to try were:

Le Spice Indian Restaurant - I had an excellent Gluten Free Duck Curry, in the fine company of my fellow Midlands Minigolf Club members (and Donkey Gringo from our rivals the Kent Minigolf Club).

Wright's Cafe - where I had a good Bacon and Brie Roll.

Liming Mexican Grill and Bar - where we spent some of my minigolf prize money on a fantastic meal. 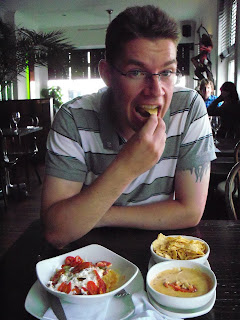 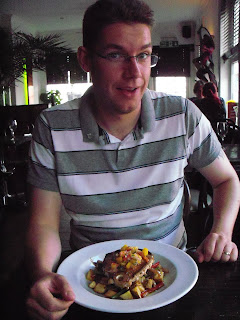 Ahead of our visit the Gluten Free Foodies on Twitter were able to recommend some places to eat too.

If you happen to be in Worthing, West Sussex, do check out the 18-hole Splash Point Mini Golf in Denton Gardens too!
Posted by Richard Gottfried at Friday, July 09, 2010