A new artificial grass Putting Course is planned to open at Westminster Park in Chester, Cheshire. 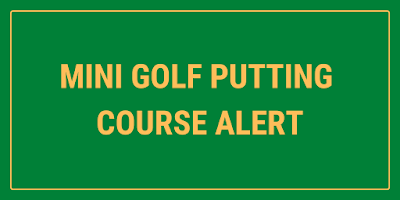 The layout will be on the site of a former grass Putting Green.
Westminster Park is also home to a Pitch & Putt course.
We're looking forward to playing both the Pitch & Putt and the new Minigolf Putting Course on our Crazy World of Minigolf Tour in the future.
The course is being designed and built by Creative Golf Design. You can see a computer animation of the layout in the video below.
Posted by Richard Gottfried at Monday, January 11, 2021 No comments:

We spotted this ghost sign of a former Burger King while having a walk round Chester. 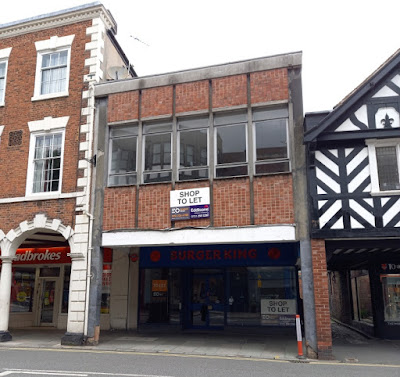 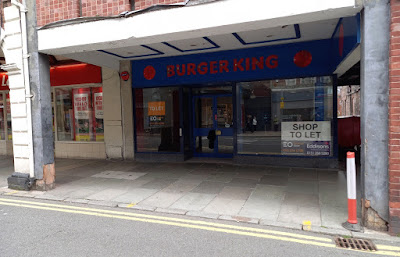 Posted by Richard Gottfried at Saturday, September 05, 2020 No comments: 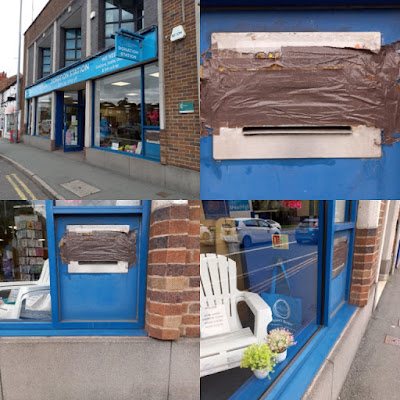 This one was in Chester, Cheshire, England. 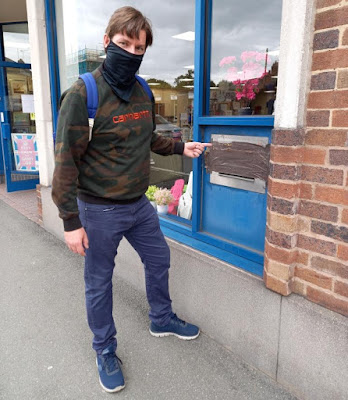 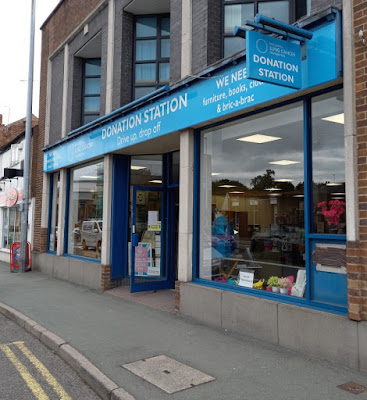 The QUIKDROP box is still in place. A lot of the paintwork and fixtures inside are from its days as a Blockbuster too.

Finding out about the Adventure Golf course at Chester Zoo.


On his recent trip to the UK our friend and minigolf rival John Mittler visited Chester Zoo and while there discovered an Adventure Golf course!


Unfortunately it was closed and isn't open again until the Spring.


We haven't made it to Chester Zoo yet, we're hoping to visit in the summer. The Conservation Golf course wasn't on our Crazy World of Minigolf 'to visit' list, so it's another one to add to our future travels.

All photos courtesy of John Mittler.
Posted by Richard Gottfried at Thursday, January 04, 2018 No comments:

Emily's friend, colleague and minigolf rival Darren Howe has come up trumps again as he gave us a scorecard from the Strawberry Falls Adventure Golf course at The Cheshire Ice Cream Farm from his recent visit.


Strawberry Falls Adventure Golf is one of our new local courses but we haven't had time to visit The Cheshire Ice Cream Farm since we moved to Stockport last summer.

Darren tells us the course was incredibly busy on his visit. That's a good sign.

Darren recently played the Adventure Golf course at Center Parcs in Sherwood Forest. Check out the post from his visit for more photos.
Posted by Richard Gottfried at Friday, September 01, 2017 No comments:

Bagatelle at the Union Vaults pub in Chester


We love playing pub games and when our friend and minigolf rival Jam Trubridge told us that you can still play Bagatelle in Chester we knew we'd have to hunt down a table for a game.


Jam recommended the Union Vaults so, after our ride on the Grosvenor Park Miniature Railway, we headed to the pub.


We received a nice welcome from the locals at the busy pub and they were very happy to help us novice players have a game.


One of our favourite pub games is Bar Billiards and the rules of that game can appear complicated to a newcomer. Bagatelle is no different in that respect. However, while the two cue, table and green baize ball games may also appear to be similar in appearance, looks can be deceiving.


What's really nice about Bagatelle is that there are no mechanisms on the table, so once you're go is over and you've totted up your score, you have to retrieve the balls and let the next player take their turn.


With each pocket worth from 1 to 9, and the black ball scoring double if potted, the aim is to reach exactly 101 points. We found ending the game to be quite tricky indeed, as to do so you must finish on 101 - for instance, if you needed thirteen points (as we did at one point) but shot a total of 14 or over on your turn, your break was stopped and the next player took to the table.


In our match-up I picked up the win 101 to Emily's 92. My highest break was 33 (the opening one), while Emily scored in the twenties on one go.


It's a great game, simple to pick up and play, but one that takes ages to master. We'll definitely play Bagatelle again.

Check out the Chester & District Bagatelle League website for more information on the game and places to play it in and around Chester.

A visit to the Grosvenor Park Miniature Railway in Chester.


Upon arrival in Chester we checked out the city map in the car park by the racecourse - and lo' and behold we spotted there was a miniature railway in Grosvenor Park! We had to take a look.


Luckily the weather and timing was right so we got to have a go on it.

The engine makes a relatively short loop of the park, with no tunnels. Although it does go across a long bridge next to a duck pond - and the sound as it goes along the bridge is marvellous.

An adult fare is £1.50 (or three rides for £2.50). Take a look at the Grosvenor Park Miniature Railway Facebook page for more information.