A look at the old Woolworths in Longton, Stoke-on-Trent. 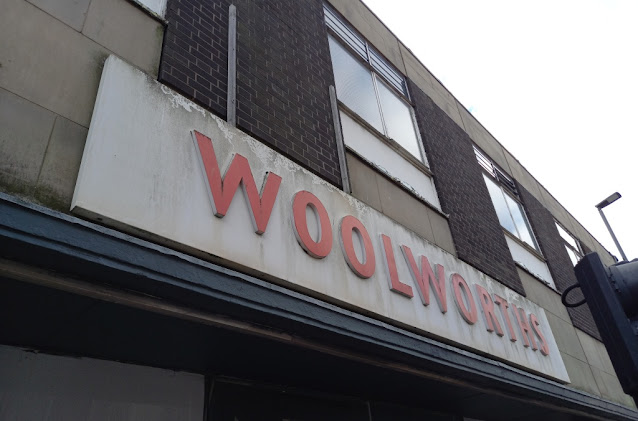 
The last Woolworths shop in the UK closed in January 2009 so it was brilliant to see this frontage looking fairly unchanged! 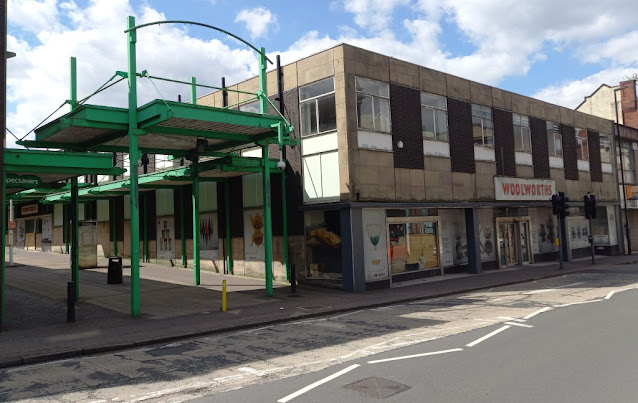 It won't be like that for too much longer though as work is going on inside the unit and it'll soon be a totally lost store.

We first spotted the store in Longton while driving through the town last November. We were very surprised to see the branding still in place.

We had a look at an old Woolworths store in Brunstane, Edinburgh back in August 2011. That was the Big W Woolworths store at The Jewel retail park.
Posted by Richard Gottfried at Saturday, September 05, 2020