A revisit to the Cae Glas Park Crazy Golf course in Oswestry, Shropshire.


There aren't too many 'Eternit' Miniature Golf courses here in the UK and some of those that do exist have been modified over the years. 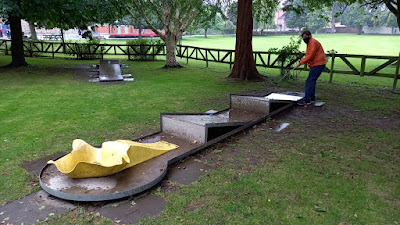 One of the best examples is at Cae Glas Park in Oswestry.


We first played the course in 2009 and returned to compete on it during the Oswestry Games in 2012. It was the 149th course played on our Crazy World of Minigolf Tour. 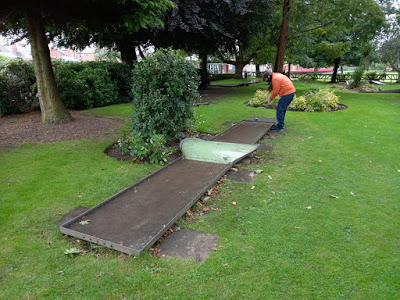 It was nice to have a game on it again earlier this week. Even if it started tipping it down as soon as we teed-off. 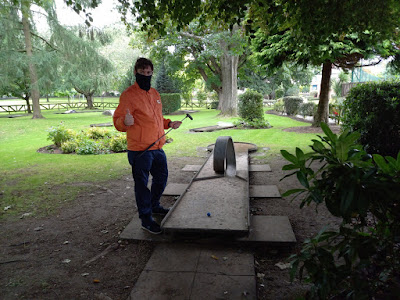 The 18-hole layout is still in great condition and there are some nice ace opportunities.


The course only costs £1.30 for adults / 50p for children to play! Unbelievable value.

Cae Glas Park is a superb setting and right in the town centre.


We're looking forward to playing it more in the future.