Finding an old mosaic tile logo at the former Woolworths on Stamford Street Central in Ashton-under-Lyne. 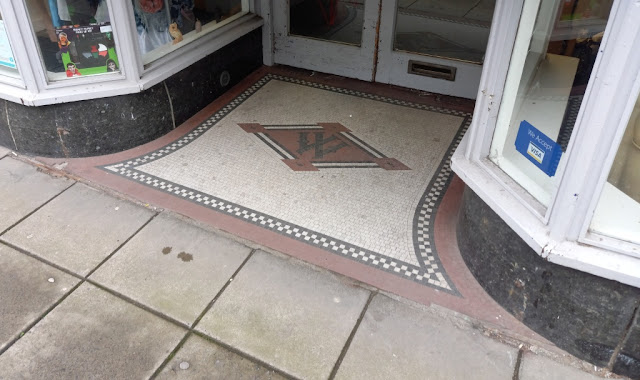 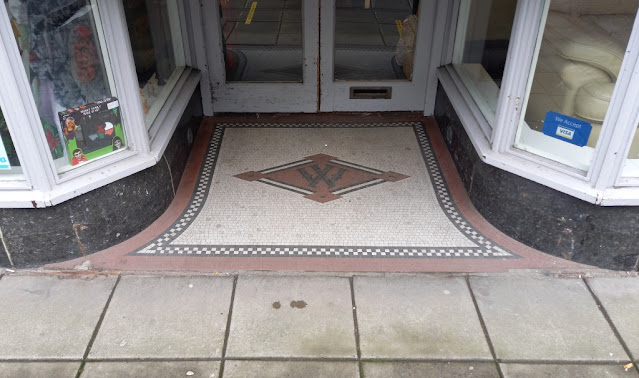 The building is now a charity shop for the Wooden Canal Boat Society. 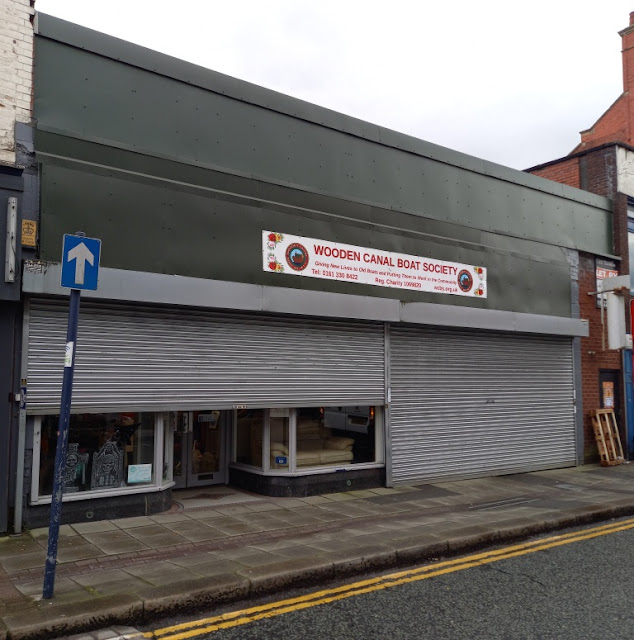 I found out about this old logo on the excellent Woolies Buildings blog. 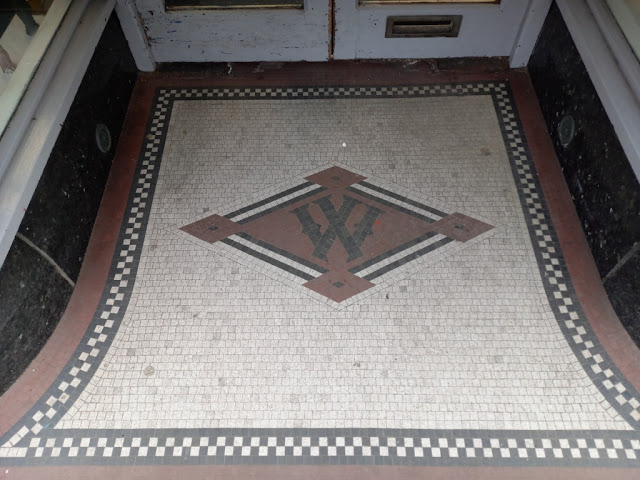 It's great to look up, down and all around while out exploring as you can see so many interesting things.

You can see still other remnants of Woolworths on the UK high street if you know where to look.

We visited the old Woolworths in Longton, Stoke-on-Trent earlier this month. It's one of the few former Woolworths shops that has not been occupied since the brand's demise in January 2009.