A look at Le Mini Golf at Bar du Lac in Pierrefonds, France.

Christopher Gottfried has struck minigolf gold again as he found another miniature golf course on his way home from holiday in Germany and France. 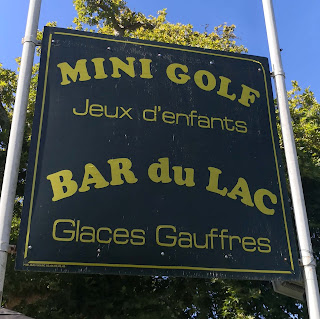 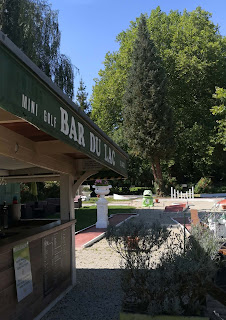 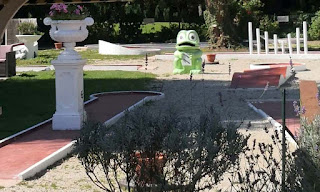 Christopher tells me that the castle you can see on the Mini Golf course is a miniature version of Château de Pierrefonds. 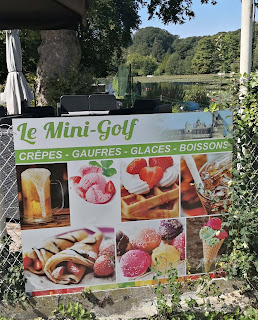 Christopher has now been to 30 courses in the UK and nine overseas countries. Prior to visiting Le Mini Golf at Bar du Lac in Pierrefonds the last course he visited was at Adventuregolf Gutach in Germany.

Emily and I have been to eight of those 30 too. We have visited 884 courses in the British Isles and 39 courses in eleven overseas countries for a total of 923 course visits. The combined total of the Crazy World of Minigolf Tour is now up to 945 courses since September 2006.
Posted by Richard Gottfried at Monday, August 26, 2019