A visit to the Tee-Rex Adventure Golf course at Cardiff Golf Centre.


On our trip to South Wales we made a visit to the Tee-Rex Adventure Golf course at Cardiff Golf Centre in Old St Mellons. 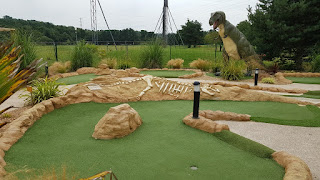 
The Tee Rex Golf course was built by the team at HM Adventure Golf in 2017 and we've been wanting to get along for a game for a while.


We had a fun competition on the course and there were some very close scores on the tricky layout. 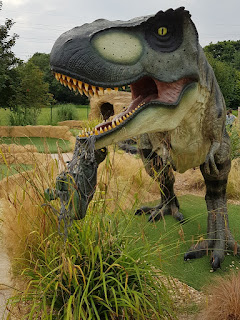 At the end of the round I came out the winner by one-shot on 40(+4). Martyn, captain of the Welsh Minigolf Club, and Emily both hit 41(+5) and required a play-off.


The sudden-death play-off began on hole 1. After nether player could be separated after three plays of the hole the play-off moved to hole 2 where Emily shot a three and Martyn hit a two for the win.