Driving from Camber Sands and Dymchurch we passed through Rye, and out of the corner of my eye I spotted a Minigolf Putting Course Course next to the Bowling Green!

However, it was not to become the 199th course played on the Crazy World of Minigolf Tour as it had been closed for the day (early too, as some of the Bowlers said there hadn't been many customers so it was shut early at 4pm).

It was a good looking Putting Course, with some raised greens, which would make for some interesting shots. 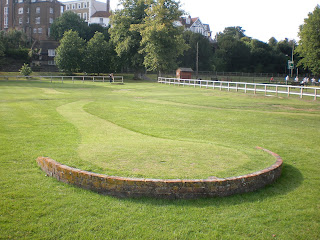 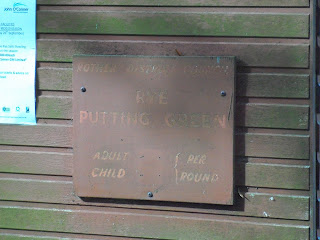 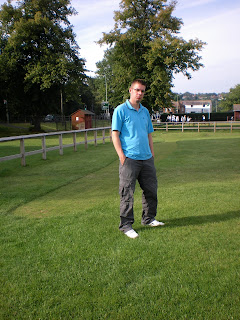 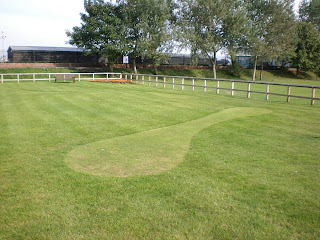 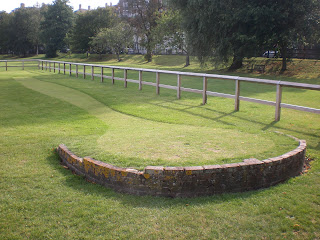 Perhaps the Irregular Mini Golf Tour's 'Race to Play Near Rye' competition could actually now take place in Rye itself!

Other course visits on the Crazy World of Minigolf Tour.
Posted by Richard Gottfried at Wednesday, September 08, 2010